An extremely high-temperature environment, the parts – used for engine hardware, the environmental control system, and structural components – have been developed with a a series of qualification trials using Velo3D’s Sapphire 3D printing system. 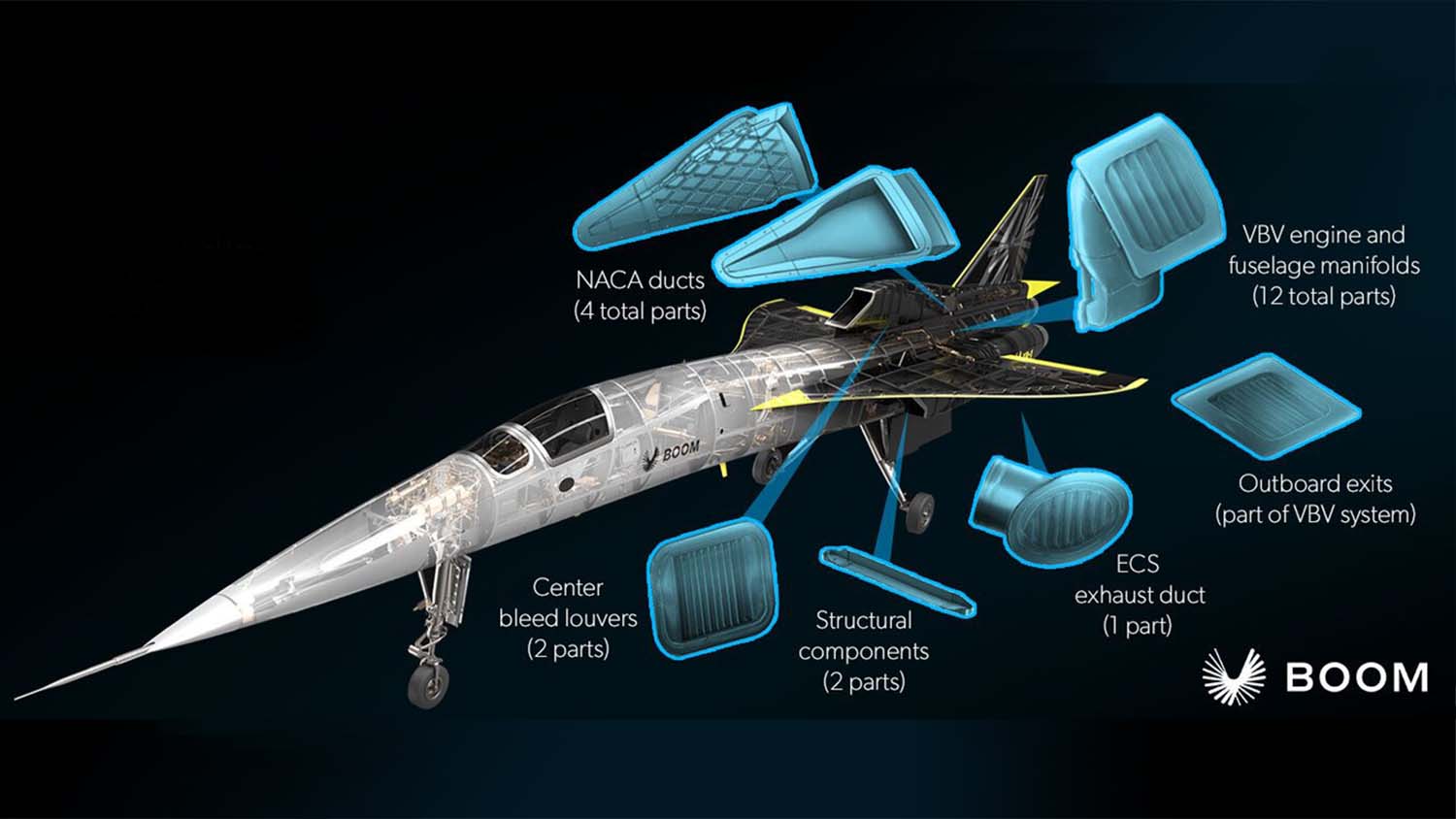 “We strongly believe that supersonic is the future of flight and we’re appreciative of Velo3D in helping us to realise this goal with XB-1,” states Mike Jagemann, Boom Supersonic head of XB-1 production.

Boom Supersonic and Velo3D announced a partnership in 2019 to manufacture complex flight hardware to build the XB-1.

“Aviation hardware is especially difficult to manufacture with 3D metal printing, due to challenging aerodynamic designs that must be balanced with superior durability and high temperature requirements,” said Velo3D CEO Benny Buller.

“Our partnership with Boom is truly an advancement for the metal AM industry, and XB-1 supersonic aircraft is a game-changer for the aviation industry.” 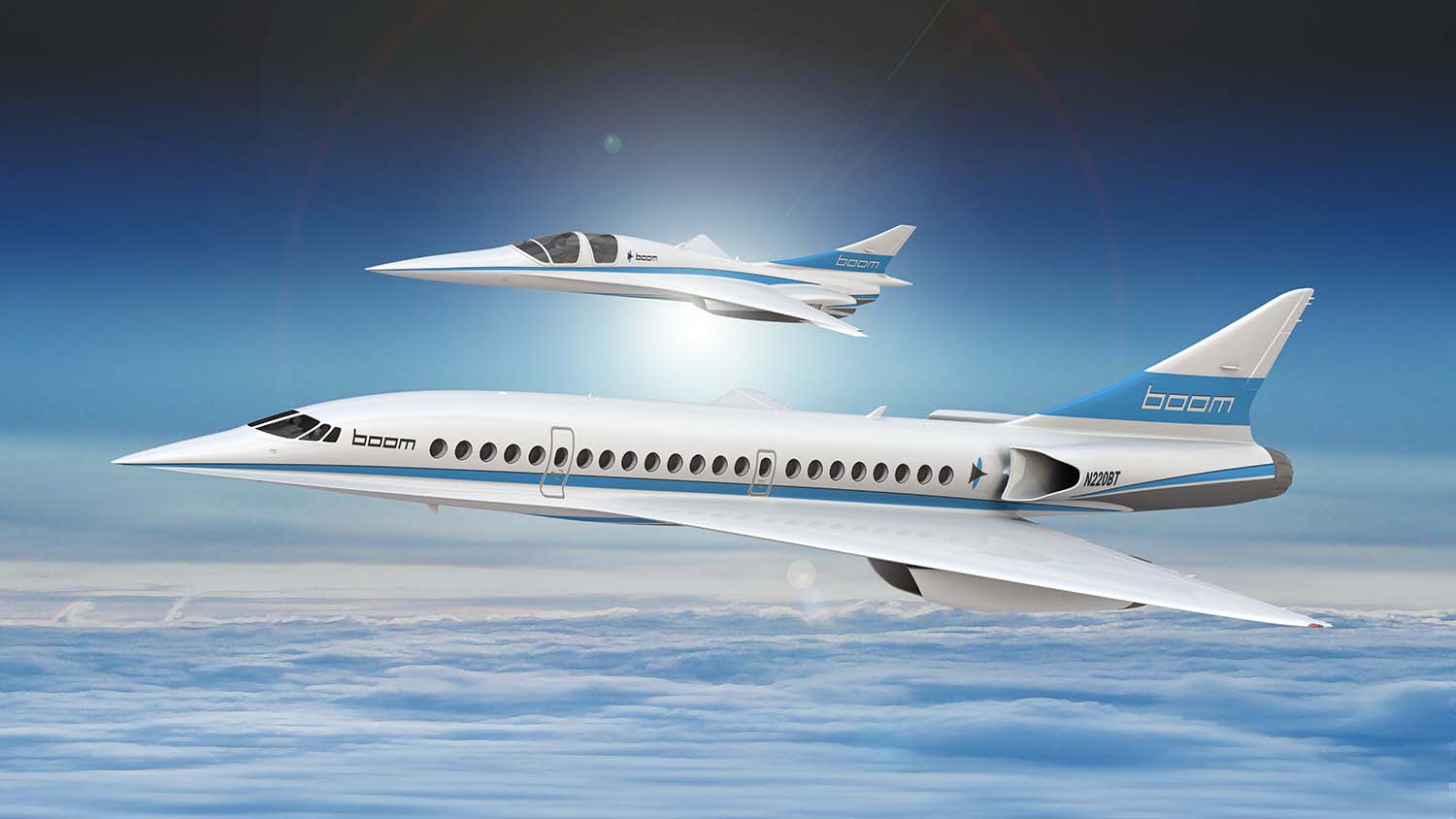 The XB-1 is the end-product of years of development effort, including multiple wind tunnel trials, dozens of structural tests, hundreds of simulation iterations, and tens of thousands of work hours.

Read our full story here about how design at Boom Supersonic really took off, and how the impact of Concorde is still relevant today, from when we first visited them in 2017.