With its PCoIP protocol, Teradici has always targeted the most demanding users of remote workstations. Now it’s aiming even higher, delivering ultra-high image quality at 4K resolution and 60 frames per second. We caught up with Teradici’s Ian Main to find out more

The Teradici PCoIP protocol is widespread. It is used by VMware for its desktop and app virtualisation software VMware Horizon (although, more recently, VMware has developed its own called Blast Extreme).

It helps Nutanix deploy workstations and virtual desktops in on-premise or hybrid cloud environments, and it can be found in the public cloud through Microsoft Azure, Amazon Web Services, and Google Computing Services.

“Our software product is available as a marketplace instance and along with reference designs, is in all three public clouds,” confirms Ian Main, Teradici’s technical marketing principal.

Teradici’s PCoIP technology is also being used extensively to deliver 1:1 connections to rack workstations from Dell, Fujitsu, Boston and many others. There are plenty more doing similar for desktop workstations.

More recently, there has been a lot of interest in PCoIP from smaller managed service providers looking to provide remote solutions for their graphics-hungry customers through GPU-accelerated cloud workstations.

Main explains that service providers are becoming an increasingly popular choice for customers that want to outsource everything. While public cloud means firms don’t need to manage physical workstations, they still need to have some experience of DevOps.

There are several service providers that offer PCoIP-based solutions to the media and entertainment (M&E) sector, including BeBop technologies.

Main explains that M&E has proved a key industry for Teradici over the years because of PCoIP’s lossless encoding, colour accuracy, security and, more recently, its ability to support multiple monitors at 4K.

“We think about 80% of all remote workloads in the visual effects industry are using either our Remote Workstation cards or our Cloud Access Software,” he says.

To date, there hasn’t been as much interest in the Architecture, Engineering & Construction (AEC) and manufacturing spaces but, with Covid-19 and the ongoing shift to working from home, this could change.

BOXX is well known to readers of DEVELOP3D for its high-performance overclocked desktop workstations. Its newly formed Cloud Services Division is now making those exact same machines available to customers over a 1:1 remote connection via the cloud.

The big value proposition here is performance. Most cloud workstation services use dedicated rack workstations, which tend to feature virtualised CPUs with lots of cores and relatively low frequencies. BOXX workstations, on the other hand, are commonly overclocked to 5.0GHz+, so CAD users should see a significant performance benefit.

CAD users get access to a dedicated 1:1 resource through a 1U rack mounted server with its own CPU, GPU and memory, to run applications including Catia, MicroStation and AutoCAD Civil 3D.

This is one of several datacentre VDI user environments which come under Avatara’s CompleteCloud brand.

“Our relationship with Teradici enables us to deliver a unique solution that incorporates the hardware, software and support into a per-user, per-month pricing model accessible to businesses of all sizes,” says Rob McCormick, CEO of Avatara.

Teradici – From silicon to software

Teradici made its name using dedicated hardware for encoding and decoding. This includes PCIe cards that sit inside a workstation or server and PCoIP zero clients for the endpoints.

These hardware based solutions remain popular with many customers, but the company’s long-term strategy is to do the encoding/decoding in software.

From a product perspective, this started out with Teradici’s Workstation Access Software, which we reviewed in 2015 and was sold by Dell, BOXX and others, but this product has since been discontinued and everything now comes under the Cloud Access Software brand.

On the client side, Teradici has PCoIP software clients for pretty much every platform – Windows, MacOS, Linux, iOS and Android.

Teradici’s first PCoIP software was singlethreaded, so it ran on one CPU core, and the original software encoder is still used inside VMware Horizon.

But huge improvements have been made over the years and a newer version, PCoIP Ultra, which uses Intel AVX2 instructions, can take advantage of multiple CPU cores. According to Main, this has enabled Teradici to dramatically improve the user experience.

It has gone from being able to deliver 30 frames per second (FPS) at HD resolution to 60 FPS at 4K or 30 FPS at 4K with dual displays. “PCoIP Ultra is a single codec that takes you all the way from lossy to lossless, so we can adapt to the network at any quality level.

You get a really fluid experience, no matter what your network bandwidth is,” says Main.

Main adds that firms that use Teradici technology on premise will be able to operate at a very high image quality, compared to the other remote computing protocols. “Our default quality is significantly higher and then we can go all the way up if the network can take it,” he says.

Teradici is not wholly reliant on the CPU though. Working closely with Nvidia, it can now offload the encoding to the GPU using Nvidia’s NVENC encoder. Teradici is also working on optimisations for AMD GPUs.

“You can choose between using the AVX2 for that high quality, up to lossless encoding, which is what our protocol was renowned for; or, for bandwidth-efficiency use cases, or when you want to avoid using CPU encoding at all, you can switch to the NVENC encoding,” says Main.

When DEVELOP3D first tested PCoIP technology in 2014, everything was done through hardware and Teradici made a big noise about the benefits of using dedicated silicon for encoding/decoding. However, much has changed since then, as Main explains.

“10 years ago, an encoder would have absolutely saturated the CPU, but I now have machines here with 24 cores. I can dedicate four or six cores to PCoIP encoding for very high performance use cases and the rest are for the [application] workloads. Now, there are a few occasions where you want all the cores for rendering, so then you can use NVENC.”

Teradici has not forgotten about its remote workstation cards, which can now support 4K at 30 FPS, but Main admits that PCoIP hardware is really at the end of its lifecycle and the focus is now on software going forward.

“As HDR and 10-bit and all these new resolutions and formats come on board, those will all move forward in the software regime,” he says.

This shift to software is also happening on the client side. “Historically, our zero client was very high-performance because you have a dedicated silicon decoder, and our software client was almost like your secondary axis,” says Main. “But over the last year, and as our overall focus shifts to software, we are needing to get that very high performance on Windows, Linux, and Mac – tablet and mobile clients as well.”

Teradici – moving to the cloud

The availability of public cloud instances is growing fast, but Main believes that hybrid cloud will continue to be the favoured approach for some time.

In addition to firms wanting to make the most of existing on-premise hardware investments, there’s also plenty that ISVs could do to make their software fully compatible and optimised for cloud.

Teradici has been working to make it easier for firms to manage local and cloud workstations together through an integrated service called Cloud Access Manager, part of Teradici Cloud Access Software. “[It] does the connection management and connection brokering for on-premise workstations and workstations on any three, or all, of the public clouds under a single management environment,” explains Main.

“We’ve been spending a lot of effort on that and, of course, features for brokers take a long time, so the adoption was quite slow because we didn’t have key features like groups and pools and things,” he says.

“We always had that connectivity across public clouds, and it includes the security gateway component too, so that allows users to be either on-site or offsite in all these cases.”

Teradici has carved out a niche for itself with its PCoIP remote graphics protocol, focusing on high-quality, lossless image compression.

While this has traditionally appealed to those in media and entertainment, it’s also extremely relevant to design, engineering and architecture.

Supersharp linework and text is important for CAD, while high frame rates at 4K resolution are a big benefit for real-time visualisation.

Indeed, Teradici has been a key technology partner for Nvidia Omniverse, a new platform technology that brings together architects and other stakeholders in a visually rich, real-time collaborative environment.

The challenge for Teradici is how to effectively communicate these benefits to its customers. In the public cloud, PCoIP is generally offered as an option, with most providers having default protocols, so firms would actively need to make the switch.

For those using smaller service providers like Avatara and BOXX Cloud Services, education is less important as PCoIP is only one part of a complete managed solution.

While Teradici’s main focus is on cloud or on-premise virtual machines, it still gets good business from adding remote capabilities to desktop workstations.

Microsoft RDP is also prevalent, but this is at the other end of the scale in terms of end-user experience. 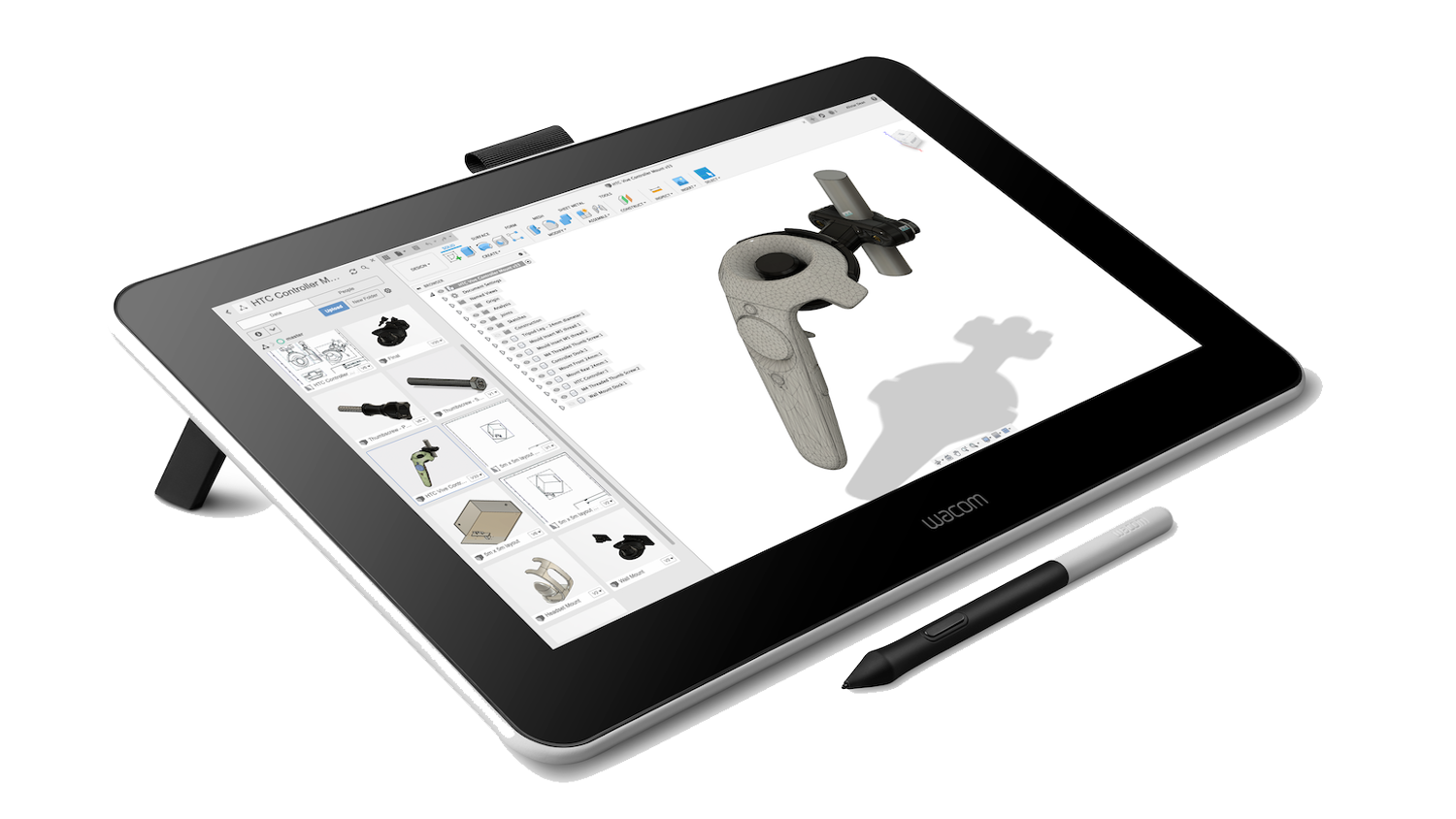 The power of the pen

Teradici has traditionally worked well with input devices, including the 3Dconnexion SpaceMouse and Wacom’s tablet-and-pen displays, which are increasingly used in product design.

In the early days, Wacom devices were best supported through Teradici hardware at both ends, but the company has now expanded the capabilities of its software, so users can get a better experience when using Wacom devices on high-latency networks.

Wacom devices are supported in one of two ways: either ‘bridged’ or ‘local termination’. With ‘bridged’, all of the pen data is sent to the Wacom driver on the remote workstation, which processes things like pressure, and then sends the response back to the local device.

This works fine over LAN (<25ms) but as soon as latency increases, which is typically the case with cloud, the screen can start to lag behind.

‘Local termination’ improves responsiveness by adding a lightweight version of the Wacom driver, client side, which displays a local cursor.

This means the user can instantly see lines as they are drawn, with the detail then filled in a split-second later, once it’s been processed by the full Wacom driver on the remote workstation.

‘Local termination’ was first supported in the firmware of the zero client, but has now been added to the Cloud Access Software.