Radeon Pro W6400 – AMD’s new entry-level GPU is tuned for CAD and is very aggressive on price. Unlike other GPUs in its class, it has hardware ray tracing built in. This should offer some level of future-proofing as popular 3D design tools begin to evolve, writes Greg Corke

With all the exciting new developments in design visualisation, it’s easy to forget that many designers are still only interested in modelling geometry. And this can have a major influence when choosing components for a workstation.

While real-time viz thrives on a high-end workstation GPU, the graphics requirements for CAD tools like PTC Creo, Autodesk Inventor and others are much lower. In fact, in some cases, you’ll see no discernible performance difference between a £200 GPU and one that costs ten times as much. CAD software tends to be very ‘CPU limited’, so it doesn’t matter how much GPU horsepower you throw at your models, frame rates will not increase, or only by a tiny bit.

With this in mind, entry-level workstation GPUs remain incredibly important to product designers and engineers. They typically feature fewer processing cores, less memory and lack the specialist features of their high-end counterparts. Historically, this might be stereo or multi-GPU support. More recently it’s been hardware ray tracing.

Nvidia, for example, has divided its pro graphics range in two. The more powerful ‘Nvidia RTX’ series has hardware ray tracing built-in, while the entry-level ‘Nvidia T’ series does not.

The Radeon Pro W6400 is very much designed for mainstream CAD workflows. Most product design datasets should fit comfortably within its 4 GB of GDDR6 memory, and it comes with a level of graphics processing that should be well matched to CPU-limited CAD applications.

To expand on this point a little further, 3D performance in CPU-limited applications is largely bottlenecked by the frequency of the CPU, so there is little point in throwing more graphics processing at the task. In fact, when testing high-end GPUs with CAD software in the past, we have seen as little as single digit percentage GPU resource utilisation. In other words, the software doesn’t allow these graphics processing supercomputers to even get out of first gear.

The Radeon Pro W6400 comes in a flexible low-profile form factor, so it can fit in both small form factor (SFF) workstations and standard towers. The retail box includes both half and full-sized mounting brackets and you’ll need a small Philips head screwdriver to swap between the two.

To help hit the very competitive $229 price point, AMD has reduced the number of display outputs it typically uses on its entry-level cards. The Radeon Pro W6400 comes with two full-sized DisplayPort outputs instead of four Mini DisplayPort, which was the case with its predecessor, the Radeon Pro WX 3200.

This could be a deal-breaker if you use more than two displays but, as AMD found through research, most of its customers do not.

Explainer: Why is ray tracing important for an entry-level GPU?

If the Radeon Pro W6400 is primarily focused on CAD and BIM, and not on design visualisation, then why bother building in hardware ray tracing? In our opinion, this is all about the future of CAD software.

Here’s why: Most current generation CAD tools feature graphics engines with older graphics APIs like OpenGL and DirectX 11. These rely solely on rasterisation, a process that turns 3D vector data into pixels (a raster image).

But CAD developers are already working on next-generation graphics engines that use more modern APIs like DirectX 12 and Vulkan. They combine rasterisation with ray tracing techniques to deliver a much more realistic viewport. The idea is that CAD users will be able to flip into ‘ray traced’ mode, in much the same way they currently do with shaded, wireframe and realistic.

The aim isn’t to use ray tracing to deliver true photorealism – for that you’d need a high-end CPU or GPU and an application like Chaos V-Ray. Instead, the raster engine will be given hints using a limited number of precisely calculated rays to show where shadows might fall or to render reflections or ambient occlusion more accurately. The aim is to get ray tracing techniques into a real-time environment, so it doesn’t impact performance.

So how far away are we from CAD and BIM viewports getting this new functionality? We’re hopeful we might see the first incarnations this year or next. In 2021, Autodesk gave a public demonstration of its new One Graphics System, which should make its way into Inventor, Revit and other Autodesk applications. Dassault Systèmes has also shown Project Romulan,  a next generation graphics engine for its mechanical CAD software Solidworks.

We tested the Radeon Pro W6400 using a variety of CAD applications. For comparison, we used the more powerful Radeon Pro W6600, which has double the memory (8 GB vs 4 GB) and significantly more processing grunt (1,792 vs 768 Stream processors, 28 vs 12 Ray Accelerators, and 10.4 vs 3.54 Teraflops of single precision performance) — not to mention more cache and more memory bandwidth.

But, as we found out, bigger is not always better. In Autodesk Inventor 2022, using the InvMark benchmark, we saw at most a 4% difference in 3D performance between the two GPUs, even at 4K resolution. We experienced similar in Autodesk Revit 2022, using the Advanced Sample Project. It was only in realistic view mode at 4K that the Radeon Pro W6600 pulled away a bit.

The Solidworks 2021 SPECapc benchmark painted a different picture, with a clear performance lead for the Radeon Pro W6600, especially at 4K resolution. This isn’t entirely surprising, however. Since the 2019 release, the software has featured an updated graphics engine which is much less CPU limited than the one Autodesk uses in Revit and Inventor.

While numbers on charts are important, so is context. And the end user experience is what truly matters. With the SPECapc Black Owl computer assembly, we got a perfectly smooth 57 Frames Per Second (FPS) at 4K resolution when navigating in realistic view mode ‘RealView’. Even with a highly detailed 2,300 part snow bike assembly, we got an acceptable 18 FPS at 4K in shaded with edges mode. In short, unless you’re working with very large 3D CAD assemblies, the Radeon Pro W6400 should be more than capable. 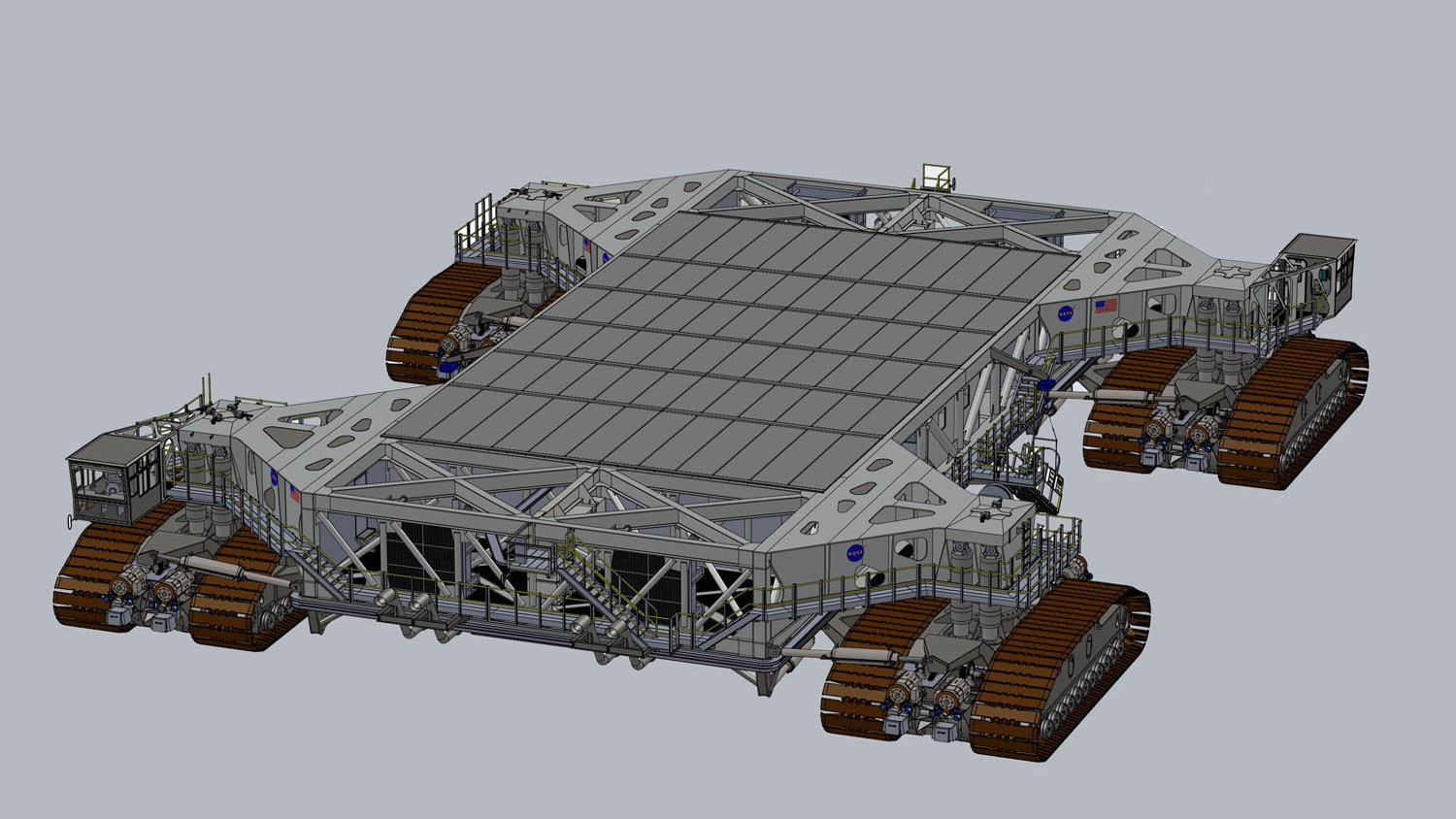 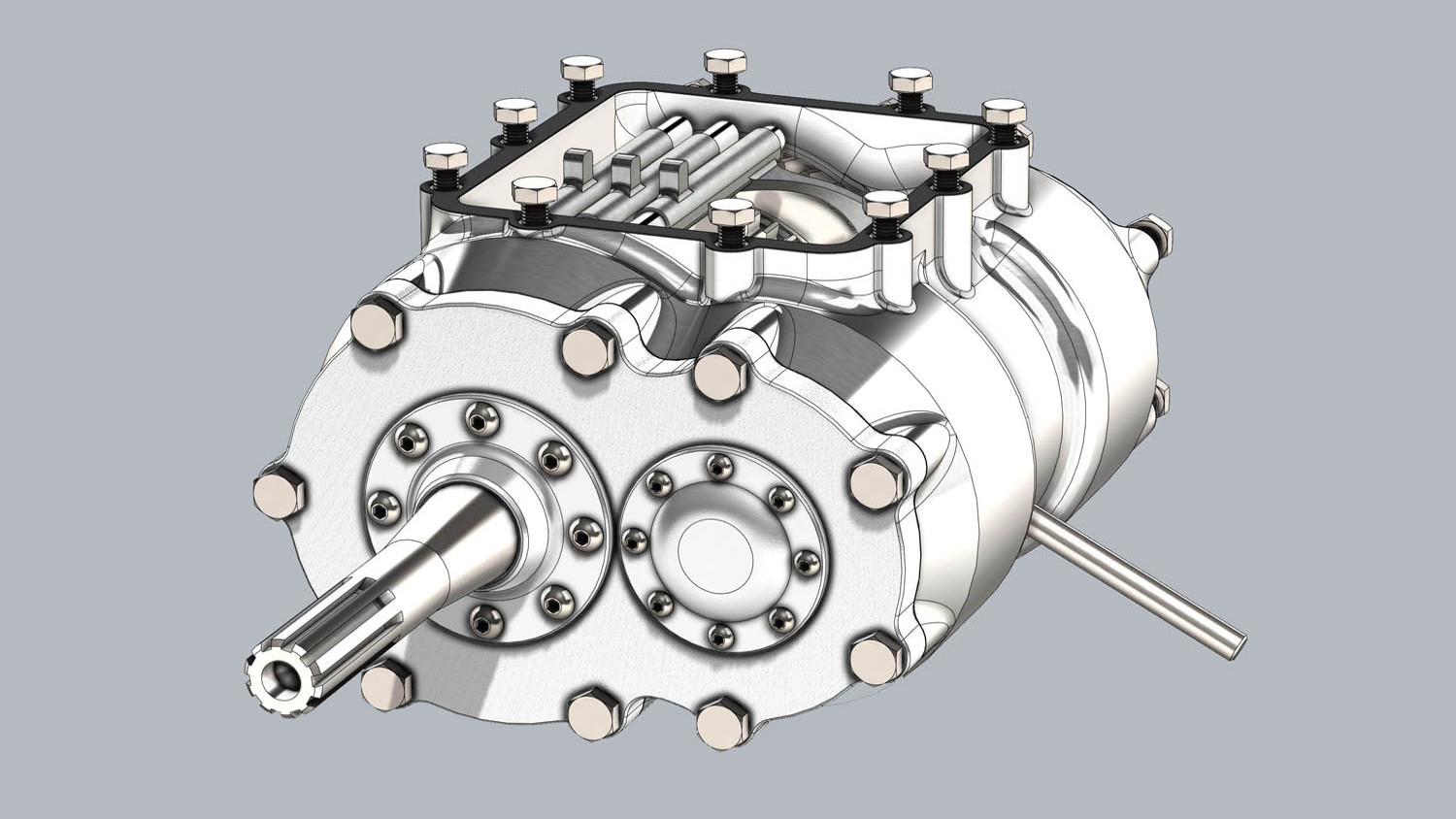 Design visualisation software by its nature is much more demanding than 3D CAD. With a primary focus on visual quality with realistic materials and lighting, and a greater need for high frame rates, architectural focused applications like Enscape, Lumion and Twinmotion generally require much higher-grade graphics cards than the Radeon Pro W6400.

In fact, we had to adjust our standard benchmarks, as the demanding datasets we typically use, need way more than 4 GB of GPU memory.

Even with some lighter models, the AMD Radeon Pro W6400 struggled to keep pace with the W6600. That’s not to say that the W6400 is not suitable for real-time viz. With smaller models, particularly at FHD resolution, it can probably do an OK job. Also, Radeon Pro Viewport boost, which dynamically reduces viewport resolution, may help here. However, if design viz is a key part of your workflow, you’d be much better served by the AMD Radeon Pro W6600 or W6800, Nvidia RTX A4000, A4500 or A5000 — or even the Nvidia RTX A2000.

The Radeon Pro W6400 can also be used for GPU rendering in applications that include or work with AMD Radeon ProRender, such as Solidworks Visualize, Rhino, Cinema4D, and 3ds max. However, as we found in our Solidworks Visualize benchmark, expect longer processing times. And, because of the 4 GB threshold, you’ll probably be limited to smaller models.

With the AMD Radeon Pro W6400, you really do get a lot for your money.

Whereas other GPUs in its class, such as the Nvidia T600, will likely deliver comparable performance in today’s CAD software, AMD’s trump card is hardware ray tracing.

This should prove important as tools like Inventor get new 3D graphics engines that combine rasterisation and ray tracing in the viewport (see box out above).

Naturally, until these hybrid viewports materialise, it’s hard to say how effective the Radeon Pro W6400 will be at powering them. High-end GPUs will likely be able to flip into ‘ray traced’ mode much quicker, just as they do now when going from ‘shaded’ to ‘realistic’. However, it’s great to see AMD building some degree of futureproofing into this entry-level product.

Of course, for those who take visualisation a bit more seriously, AMD faces strong competition from Nvidia. The Nvidia RTX A2000 looks great on paper, and while it might cost twice as much, we expect it will significantly outperform the Radeon Pro W6400 in real-time visualisation and GPU rendering workflows.