Technical publications software provides an efficient way to extract the maximum value from 3D data. We take a look at four systems

QuadriSpace’s Document3D Suite is made up of two core systems: Pages3D and Publisher3D. Together, they provide an end-to-end set of tools to create intelligent technical documentation.

The process begins at the point your organisation starts its technical publications workflow – either with the document structure or the illustrations required.

Publisher3D focuses on the importing of CAD geometry and the reuse of that data to create clear, concise and fit-for-purpose audience illustrations, exploded views and more.

One of the key differentiators of QuadriSpace’s toolset is its more mature CAD import tools. While the system is perfectly capable of working with IGES or STEP data, the real benefits begin when you start to use native data from the likes of Solidworks, Solid Edge and Inventor, since Publisher3D can reuse metadata, product structure, material definitions and so on, saving you time and providing you with more intelligence, particularly when it comes to interactive illustrations and assets. 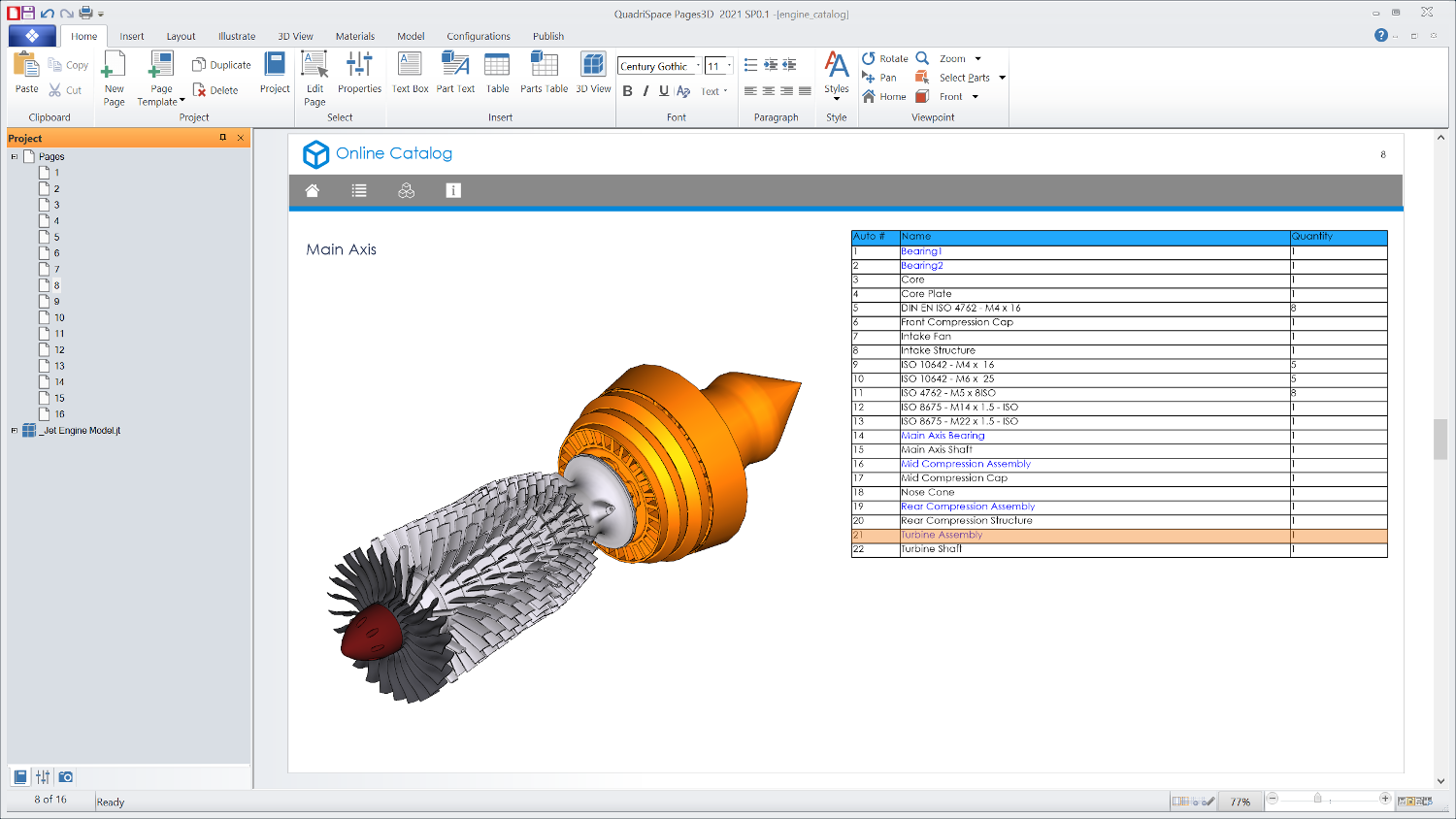 Alongside its native CAD format support, as of the 2021 release, Document3D can work with JT and will achieve the same results from systems such as NX, Catia and Creo.

Pages3D, meanwhile, sits alongside Publisher3D and is the system you’ll use to create your documentation. Unlike many other systems that only pay lip service to this part of the process, Pages3D provides a full set of document layout tools, allowing you to build in intelligence to your documents and saving you time (for example, you can automatically create tables of contents).

On top of all this, QuadriSpace also offers a cloud service. This allows you to deliver interactive technical documents to users’ browsers, no matter the software or hardware device involved. As long as it supports HTML5, it’s good to go.

It’s also worth noting that if you’re a Solid Edge user, then the QuadriSpace tools are available as an adjacent product under the name Solid Edge 3D Publishing. 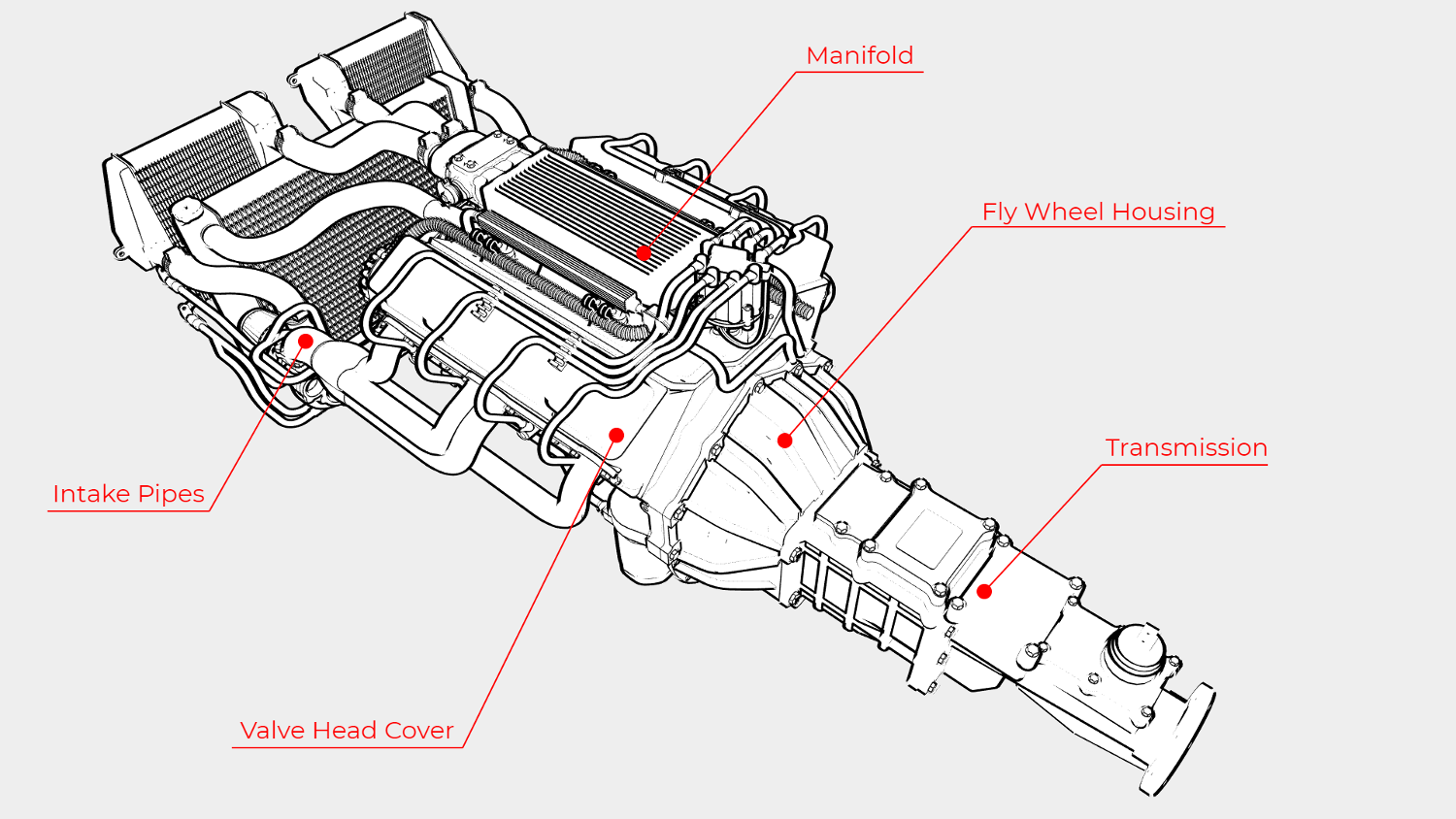 Currently in early-access mode and due to launch in September, Cadasio has been built from the ground up to take advantage of the benefits of the cloud and today’s modern browser technology.

The services provide you with tools to either import geometry or directly transfer it, using a series of plug-ins. You can then get started on the publication-creation process. At present, Cadasio offers a set of tools ideally suited to generating instruction manuals, service instructions, assembly instructions, maintenance activity guides and much more. From there, it makes those assets eminently shareable, since they’re already hosted in the cloud. 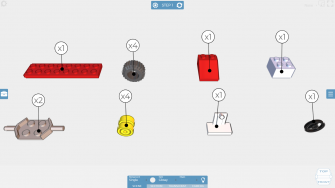 The system works in an intuitive manner, based on building up steps. Think in terms of pages per manual, but with animations between them where needed. The goal is to build interactive manuals quickly and simply without a heavy reliance on any knowledge of 3D CAD – but if your tech pubs team has it, it’ll pay dividends.

Visibility, position, colour and shading can all be controlled, annotations can be added and metadata can be extracted from the CAD assembly where needed (for parts lists and such).

The platform also offers version management, so that changes can be made and rolled out in a controlled manner – all without having to print off yet another page.

Interestingly, the team behind Cadasio is also paying attention to how data is consumed, building in tools to ensure that the projects and steps you create can be appropriately displayed on the various devices in use in your organisation and to the wider world.

There are plug-ins available for Solidworks, Inventor, Fusion 360 and Solid Edge. A plug-in for Onshape, currently in testing, should be interesting, as it will enable you to use Cadasio directly within the Onshape environment, as well as to directly access data on the fly. 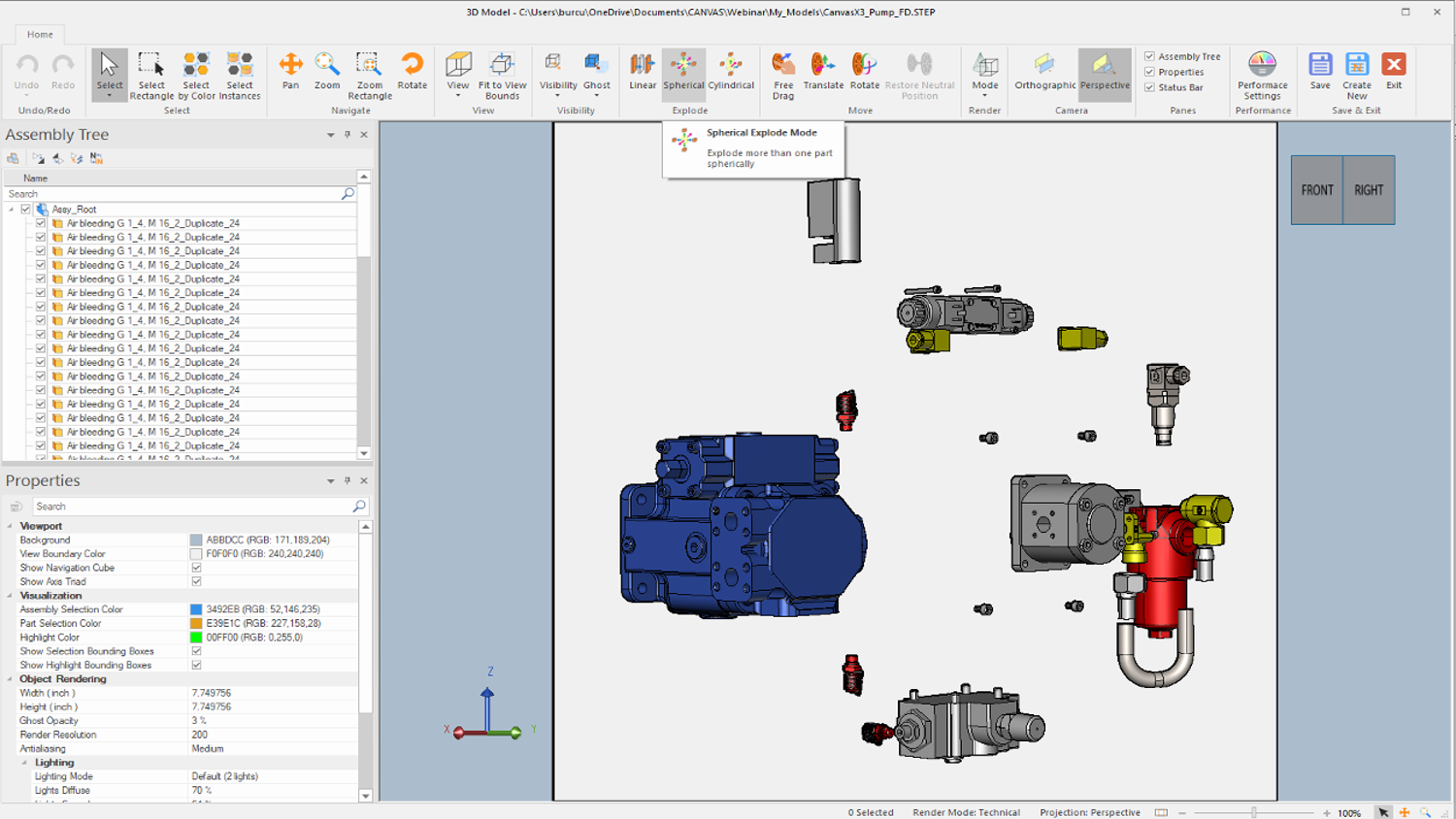 Venerable software house updates its system, to deliver a fresher experience based on decades of knowledge

Canvas GFX, as it is now known, has been through a number of names and owners over the years. When known as Deneba, it was famed for providing tools to create technical illustrations alongside PageMaker on the Apple Mac platform.

While the names and offerings have evolved, what they all share is a laser-like focus on the creation of technical illustrations to exactly fit the product documentation specialist’s requirements.

While the company’s existing product range has focused on the manual creation of technical illustrations, the most recent addition to the Canvas GFX line-up, Canvas X3, sees it bring on board the ability to import CAD geometry from a wide variety of formats (both standards and native-based) and use it as the basis to create the same high-quality, fit-for-purpose illustrations.

The concept is to use the Canvas X3 application to import, manipulate and create illustrations based on 3D geometry.

The system gives you full control over visibility, transparency, colour and render style (and, of course, supports the classic black and white drawing style, too). You can then use the results as the basis for further work, adding annotations and such.

The benefit is that, because the system understands where those seemingly 2D vectors have been derived from, you can quickly hide, section and move geometry without needing to redraw each time. As with many of the systems we’ve featured, Canvas X and the associated X3 are intended to be used by those responsible for documentation creation, rather than the CAD expert.

While the current version retains no associativity with originating data sources, delivering this capability is on the product roadmap and is (unofficially) expected in early 2021.

While we talk about Canvas, it’s also worth noting that there’s still an OSX version of its system available for more traditional work. While the company’s roots lie in the Apple Mac world, it dropped support for the platform for a long while, but recently stepped back into the game with the release of Canvas X.

At Glendee/MGI, vice president David Grossman faced a troublesome bottleneck that was imposing a clear drag on operations. It was something that needed fixing, fast.

Multiple images of 3D CAD models of company products are required throughout the organisation. As well as technical illustration for installation and marketing purposes, 2D renderings of models document the manufacturing process itself, as part of the firm’s AS9100 rating. 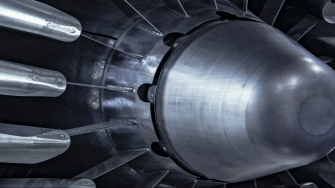 The issue was that only CAD engineers, using expensive software, could create those views. They would then take screenshots, save them as PDFs and send them to colleagues.

“It was just laborious,” says Grossman. “If I wanted to get a guy on the floor to be able to look at a model, he would have to get my engineering manager involved, who would then get an engineer involved, and there would be three people standing around a screen, trying to decide on the right view. It was super-expensive because of the delay and the cost of the talent involved.”

Adopting Canvas X3 has enabled Grossman to sidestep the need to buy more expensive CAD licenses and train manufacturing managers to use it – a far better solution, he says. 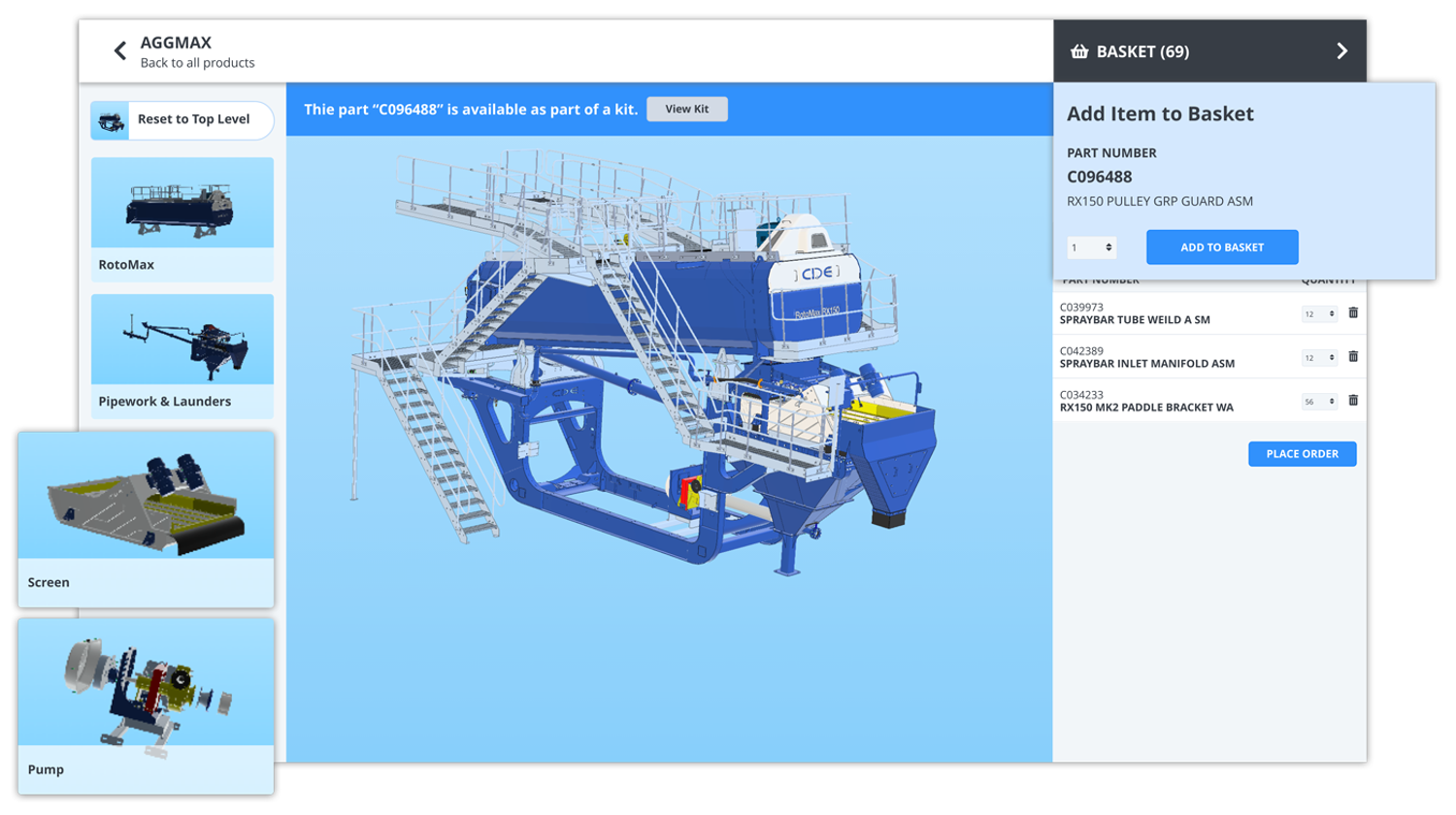 Ideal for those looking to revolutionise the spare parts book workflow with a modern, intelligent approach

While the majority of systems we’ve covered so far focus on the combination of technical illustration and publications in a general, all-encompassing manner, we’re going to finish up with a look at what Belfast-based start-up CADshare has been doing for the spare parts cataloging and order management workflow.

CADshare brings together a cloud-based platform with CAD and ERP integration to achieve a unique workflow. This makes light work of taking your existing 3D geometry and turning it into a dynamic spare part catalogue with integrated stock check and ordering facility. Of course, if you’re still generating 2D parts books, then the system supports that, too.

The process requires two kinds of data. First, it needs your 3D geometry from your CAD system. (CADshare uses Autodesk’s Forge platform to achieve this and more.)

Second, it needs product configuration, variants and kit data, either extracted from ERP systems or manually created. This data is often managed outside of the 3D design and engineering environment, so is handled separately.

These two sources of data are then combined on a single platform, which provides dynamic and interactive views of data, along with all manner of customer-facing tools.

These might be used for exploring sub-assemblies, showing kits of parts needed to achieve specific service functions or additional capabilities, serial breaks and superseded parts, or just plain old ordering of parts.

What’s interesting is that CADshare also takes support further than many rival systems, by providing the means to handle the order process, in addition to the pure catalogue and book creation capabilities that you might expect.

CADshare is a company to watch and has some interesting plans on the horizon, from exploring the use of IoT and deep analytics in the service environment to live service assistance, delivered over the web.

What does the future hold?

From talking to both users and the vendors featured here, it’s clear that there is a groundswell of interest in the technical publications and illustration market.

Partly, this is down to a desire to work more efficiently, taking advantage of the wealth of data we have locked up in ERP and CAD systems and using it to make valuable assets available not only to staff, but also to dealers and customers. 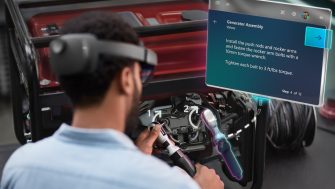 There’s also the pressure that COVID-19 has placed on engineering resources.

Whereas previously, teams might have quickly exchanged data in the form of a screenshot from a CAD system and made do with what they had, the current pandemic has meant many teams are working remotely.

They simply don’t have the same access to tools. That has caused a re-examination of how things are done – and that’s always an opportunity to look at how other folks have overcome similar challenges.

Further down the line, there is the coming storm of Industry 4.0 and the Industrial IoT. This has the potential to revolutionise servicing and maintenance. Can these move from reactive to proactive processes in the industrial mainstream, beyond the proof of concepts and pilots? That remains to be seen.