The CAD translation suite is expanding its collaboration with ARR, and with this release, it will enable access to other device users, including HTC Vive, Oculus Rift, Magic Leap, Oculus Quest, or Android and IOS devices.

The Q1 2022 release of Theorem-XR was developed to expand the range of 3D data formats supported, which now include Revit, IFC and Navisworks, in addition to those already supported such as Catia V5, 3D Experience, NX and Creo.

While with previous versions of Theorem-XR, using case-based experiences for visualisation, design review, factory layout and training would require wifi access to run, this release allows users to view these datasets offline by acquiring a ‘license borrowing’ or ‘offline licencing’.

Another new feature is the visualisation pipeline, which should enable users to take source 3D data and create 3D content in a fully automated process for use in XR experiences.

Theorem said the pipeline automatically tessellates the data and prepares it for XR, processing geometry and retaining product structure and metadata, including animation data.

Enhancements to the visualization pipeline in this release were introduced by Theorem to aid the user experience and improve project management.

Theorem also said this release gives users the possibility to search for pages directly on the server homepage, and the option to archive or disable projects. 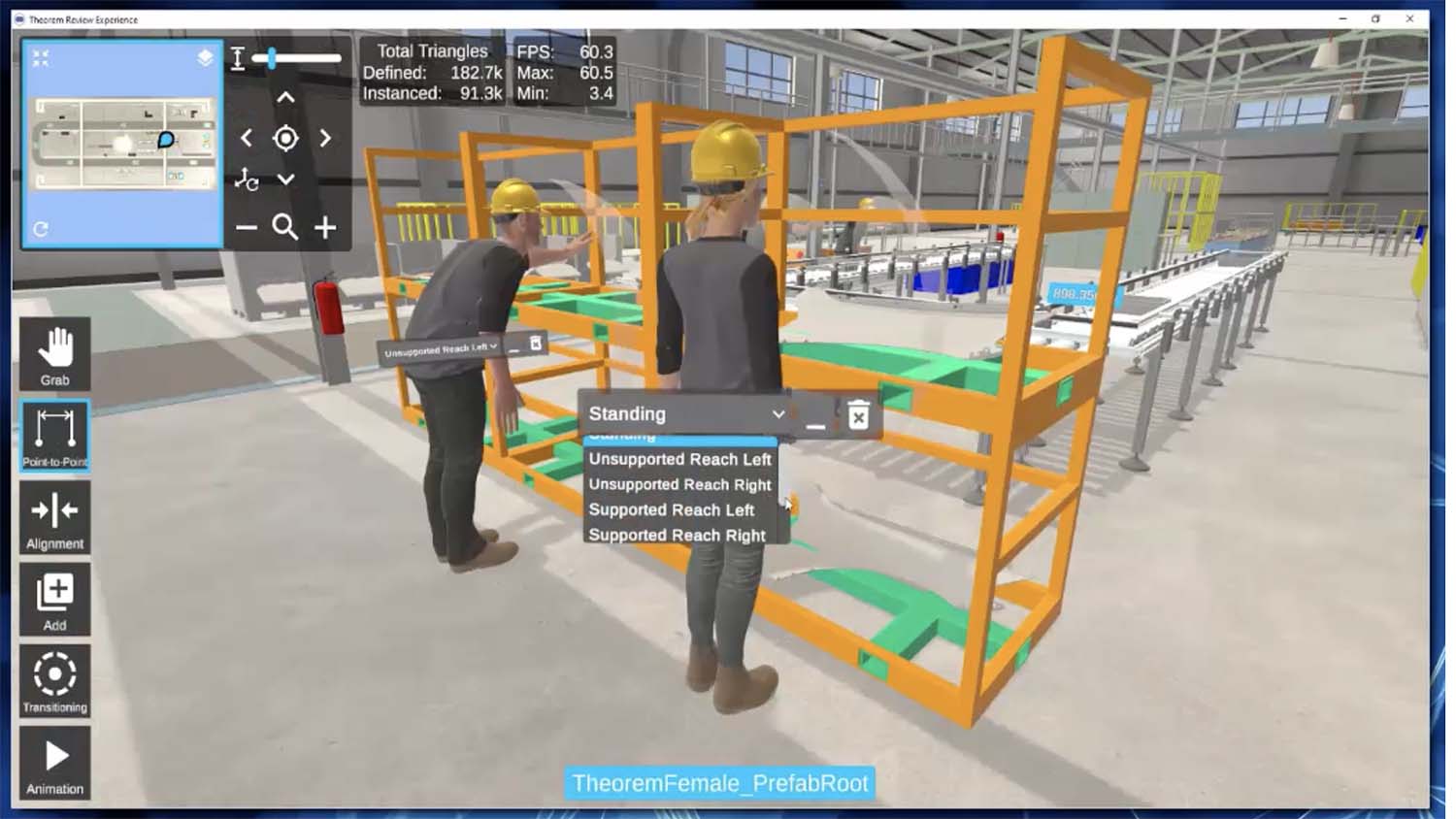 According to Theorem, the main benefits of bringing Theorem-XR Q1 2022 into the workflow are that it helps enable remote teams to work in an immersive multi-user environment, it can reduce costs, improve product quality and allow for faster development of products and manufacturing processes.

The visualisation pipeline was created to allow a fully automated process that takes 3D data assets directly into Theorem-XR, or for the creation of Unity or Unreal assets for use in internally developed XR solutions.

Theorem-XR’s mission is to bridge between virtual and reality, allowing users to visualise 3D CAD data at full scale and in context, rather than on a 2D computer screen, using Augmented, Mixed and Virtual Reality technologies on different devices.