Stratasys software is offering MTConnect capabilities on its manufacturing flagship platform the Stratasys F900 and the earlier Fortus 900mc.

Stratasys states that manufacturers are particularly concerned about operating information from its additive systems, including system monitoring, preventive maintenance and Overall Equipment Effectiveness (OEE) – to ensure the equipment is producing quality parts all the time.

Stratasys has been chairing the MTConnect Working Group for Additive Manufacturing, which has now led to additive manufacturing becoming an integral part of version 1.5 of the standard. 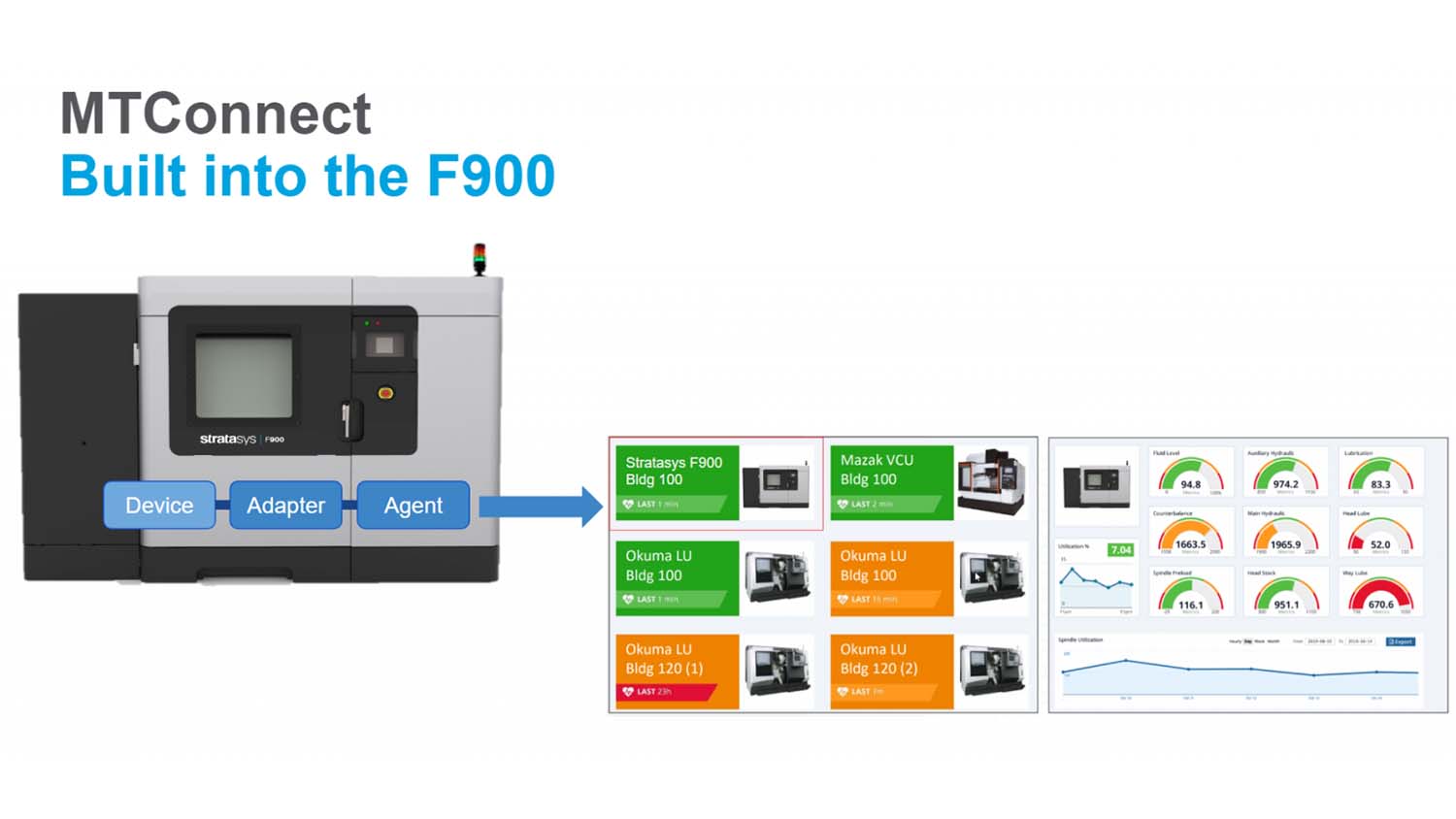 MTConnect Adapter and Agent will allow for the translation of raw sensor data and machine status information into a standardised XML format that every MTClient software application will understand.

It can then display in a dashboard, showing the machine’s current state and monitor it, not only during production, but also allowing production data to be archived for later diagnostics or part certification.

“This will allow Stratasys additive manufacturing technology to enter the factory floor.”

Customers with a Stratasys F900 and Fortus 900mc will now be able to connect their machine to their existing third-party applications for Manufacturing Execution System (MES), Business Intelligence (BI), or Enterprise Resource Planning (ERP) to increase 3D printing productivity and efficiency.