The takeover, valued at $300m, sees Desktop Metal enter into EnvisionTEC’s world of tried and tested DLP 3D Printing, as well as its exciting research and IP in Biofabrication and digital casting.

Desktop Metal CEO Ric Fulop, said “EnvisionTEC is a true pioneer and responsible for many of the leading technologies widely used today to produce end-use photopolymer parts through additive manufacturing.

“Together, Desktop Metal and EnvisionTEC have an opportunity to shape the future of Additive Manufacturing 2.0 and transform how parts are made around the world.”

The $300 million consists of a combination of cash and newly issued Desktop Metal stock, with the transaction is expected to complete in the first quarter of 2021

Covering a broad range of industries, including medical devices, jewellery, automotive, aerospace, and biofabrication, the company has a strong base in the dental market, which has seen increasing competition in recent years from the likes of Formlabs and Carbon. 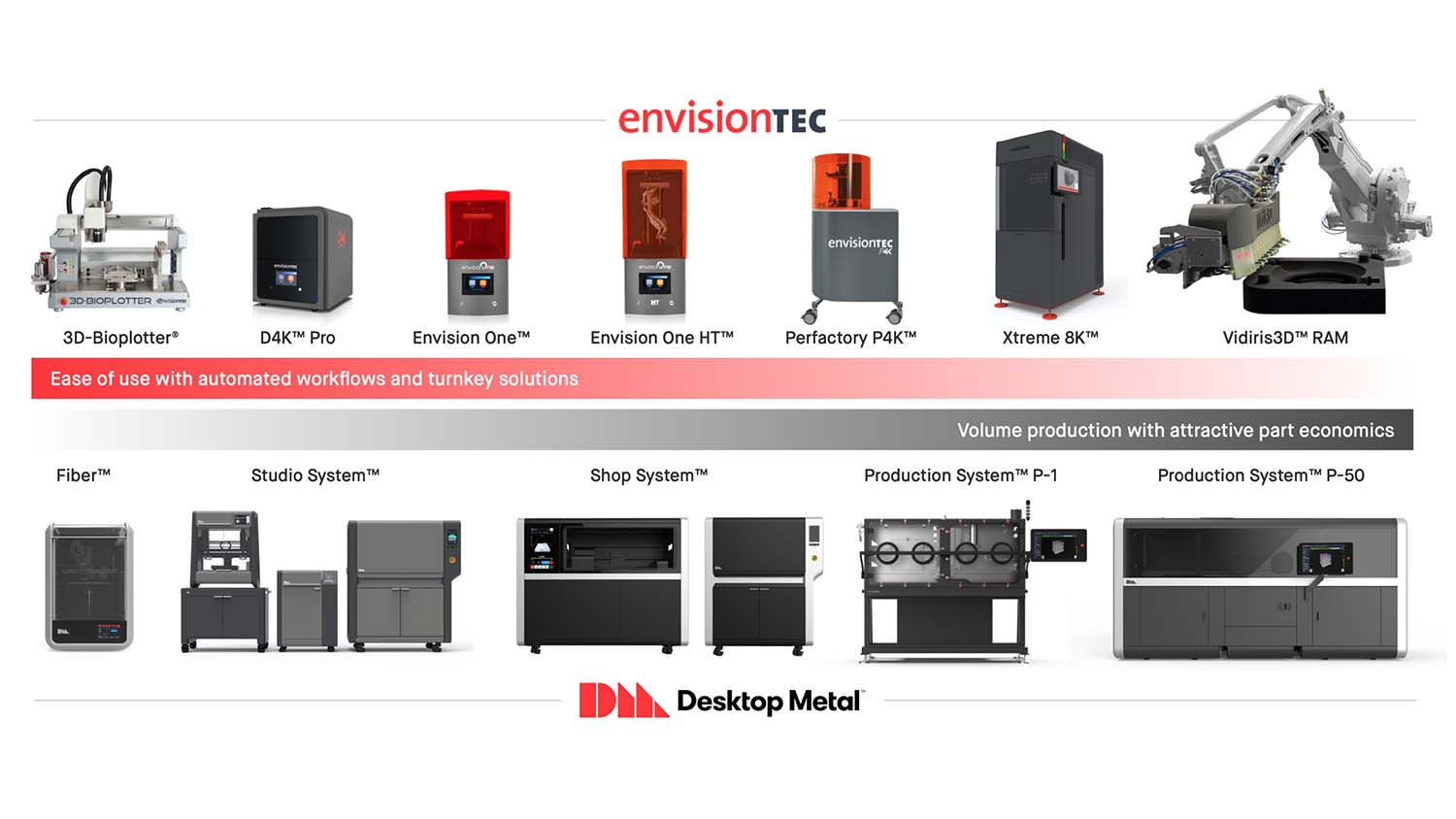 EnvisionTEC CEO Al Siblani was confident about the future through the two companies being brought together. “I believe we have many opportunities to scale the business, disrupt traditional manufacturing, expand our customer base, and create value for our shareholders,” he said.

EnvisionTEC’s material development efforts with a ‘selectively open business model’, has meant it has  relationships in place with major chemical companies, such as Henkel Loctite, DSM Somos, Detax, Keystone, and Arkema, to sell third-party, validated resins for use with its additive manufacturing platforms.

Key to the future, however, might be Desktop Metal’s access to digital casting capabilities via EnvisionTEC’s Robotic Additive Manufacturing (RAM) product platform, that targets industrial-scale production.

EnvisionTEC’s RAM systems, which it claims are available for ‘as little as one-fourth of the price of slower legacy alternatives’, use patented technology to produce mould cores and investment casting patterns for foundry applications, using either Polymethyl Methacrylate (PMMA) or silica sand.

Desktop Metal plans to significantly advance the performance of this platform with the proprietary and patent-pending Single Pass Jetting technology, originally developed for its Production System – enabling improved part economy over builds as large as 1.8 x 0.9 x. 0.9 meters.