HP has filled a big gap in its Z workstation portfolio with the introduction of the HP Z Central 4R, a dedicated 1U rack workstation that allows users of CAD, simulation, rendering and other software to connect remotely over a 1:1 connection.

The timing of the launch is extremely relevant, as more and more firms revaluate their work from home strategies due to Covid-19. But this isn’t a knee jerk reaction from HP.

The HP Z Central 4R has been in development for some time and is part of a wider remote workstation strategy based around HP ZCentral, a software suite that includes dedicated remoting software and a software broker.

Indeed, we first heard that HP was developing a 1U rack workstation back in 2019, but understood there had been some issues with Hewlett Packard Enterprise (HPE) due to concerns about crossover with HPE’s GPU servers.

To our mind the HP Z Central 4R is 100% workstation, and the fact that it’s housed in a datacentre is somewhat irrelevant.

The machine does not support virtualisation and each user gets access to a dedicated machine – CPU, GPU, memory and storage – over a 1:1 connection. In fact, the HP Z Central 4R is essentially the desktop HP Z4 in a different form factor.

The HP Z Central 4R packs a lot of power for a 1U workstation, with Intel Xeon W processors up to 18 cores, a single high-end GPU up to the Quadro RTX 8000, and up to 256GB memory, across four DIMM slots. Compared to the 1U Dell Precision 3930 Rack and the Fujitsu Celsius C780, it has a similar choice of GPUs, but more modern CPUs with more cores.

HP confirmed that it will continue to promote the HP Z2 Mini as part of its ZCentral offering, highlighting the fact that users can achieve better density (56 units can be squeezed into a standard 42U rack).

However, we don’t imagine many firms would now actively invest in the Z2 Mini as a remote solution as it lacks the manageability and serviceability of the HP Z Central 4R which is built specfically for racks.

Instead, firms are more likely to redeploy existing Z2, Z4, Z6 and other desktop machines to protect their investment, rather than buy new ones.

In saying that, in smaller volumes, using desktop workstations as a remote resource still makes sense, as they make a lot less noise and don’t necessarily need an air conditioned cabinet or server room. 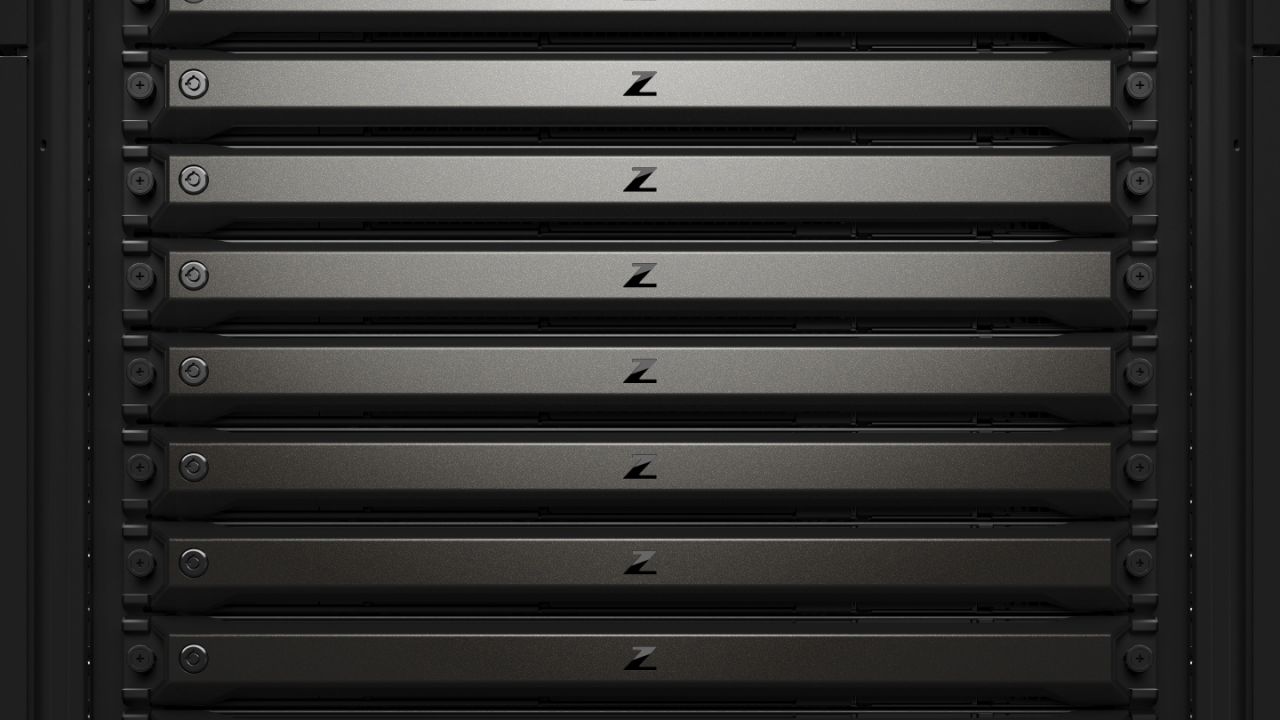 In terms of hardware, the HP Z Central 4R has a toolless design for easy access and maintenance. There’s a front security bezel, which prevents access to the front ports, drive bays and PSUs, and a ‘locator LED’, which can be turned on from the ZCentral admin console to help locate specific machines in the datacentre in the event of a failure.

The machine can support up to two 675 watt power supplies, which can be set up in aggregate or redundant mode, and up to four 2.5-inch drive bays (or two 2.5-inch and one 3.5-inch).

ZCentral Remote Boost supports 4K and multi-display setups and also works with the 3Dconnexion SpaceMouse. HP is currently in the process of improving support for Wacom tablets to give a more ‘natural inking experience’. We imagine this will involve installing a driver on the client, which is how remoting technology specialist Teradici deals with the challenge of pen lag on Wacom devices with its PCoIP technology.

Instead of having to remember IP addresses for various machines, it means users can simply click on a system name to connect. Through a console, the IT manager has full control over the pool of machines and can remotely power them on and off, as well as monitor all connections. System error alerts will pop up if a machine can’t boot or a PSU has failed.

With the launch of the HP Z Central 4R, HP has finally added the missing piece of the jigsaw to its remote workstation solution.

While the HP Z2 Mini supported the needs of CAD users, and delivered great density, using desktop workstations in racks isn’t the most elegant solution. In addition, workflows that demanded more GPU and CPU resources could only be supported by the significantly larger desktop HP Z4 (4U).

Now with the new HP Z Central 4R workstation, complete with Xeon W CPUs and Quadro RTX GPUs, HP can pretty much cover all bases, from CAD, all the way up to simulation, design viz and other compute / graphics intensive workflows.

More importantly it can deliver everything in a compact and manageable 1U unit, designed specifically for racks, which, along with the integrated ZCentral software, should present a much more attractive solution for design, engineering and architecture firms looking to build a remote workstation capability. 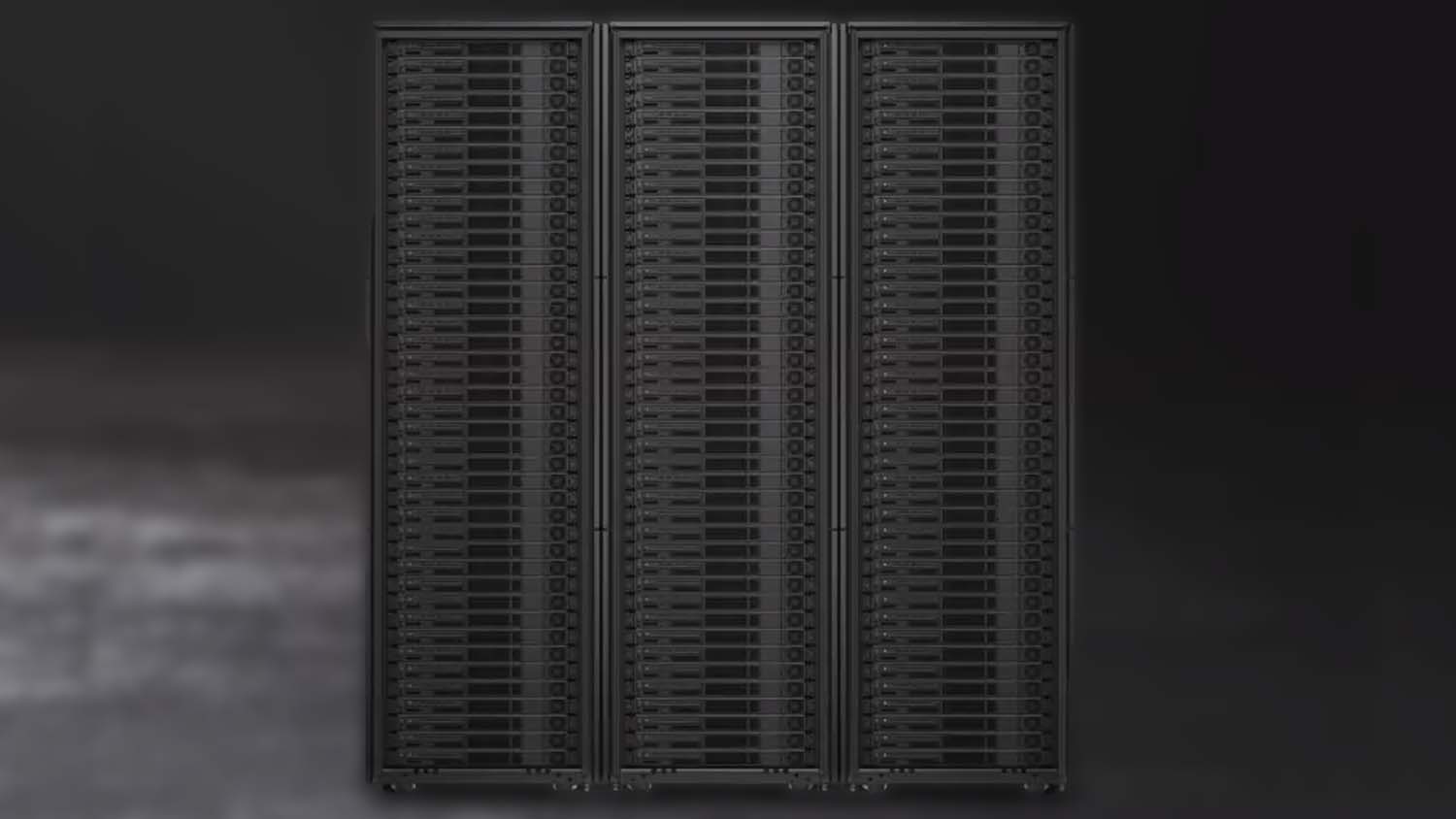