The Dell Precision 5560 wins hands down when it comes to portability. It’s the thinnest and lightest out of all the 15.6-inch mobile workstations — a mere 7.7mm at the front, 11.64mm at the rear and starting at 1.84kg. And with ultra thin bezels, it’s also notably smaller than comparable machines.

In order to achieve this sleek aethetic, it only includes entry-level graphics options including the Nvidia T1200 (4 GB) and Nvidia RTX A2000 (4 GB), which are best suited to 3D CAD / BIM and entry-level viz workflows. However, there’s no compromise on the CPU with options going up to the Intel Xeon W-11955M (8 Core, 2.60GHz up to 5.00GHz). 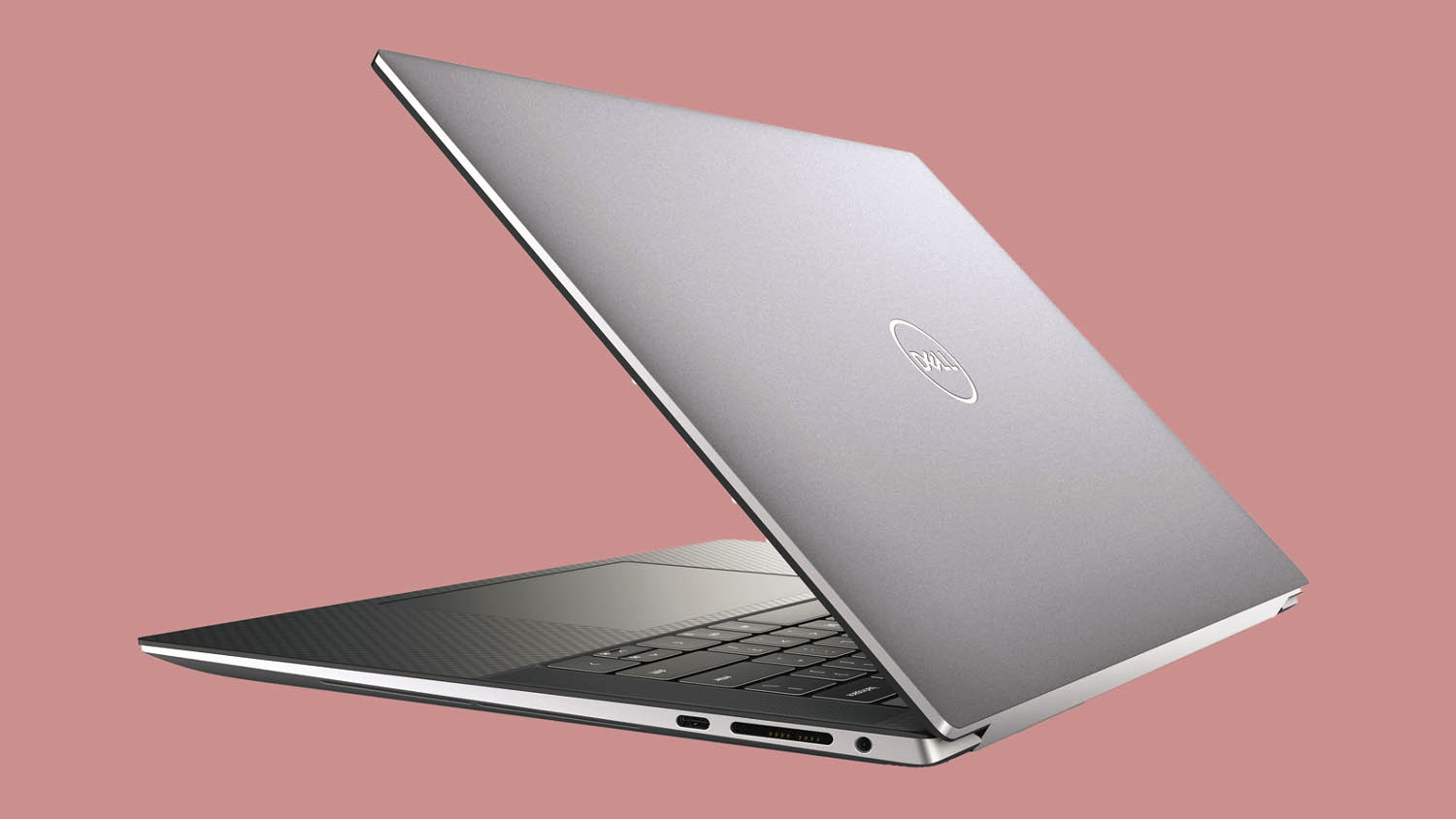 The Dell Precision 5760 laptop is somewhat unique as it remains the only thin and light 17-inch mobile workstation from a major vendor. It is a replacement for the Dell Precision 5750 but features an enhanced thermal design including dual output fans, vapour chamber and a hidden exhaust venting through the hinge.

Like the 15-inch Dell Precision 5560 (above) it features a combination of aluminium and carbon fibre for the chassis and a 94% display to body ratio thanks to the 4-sided InfinityEdge, 16:10 aspect ratio display. 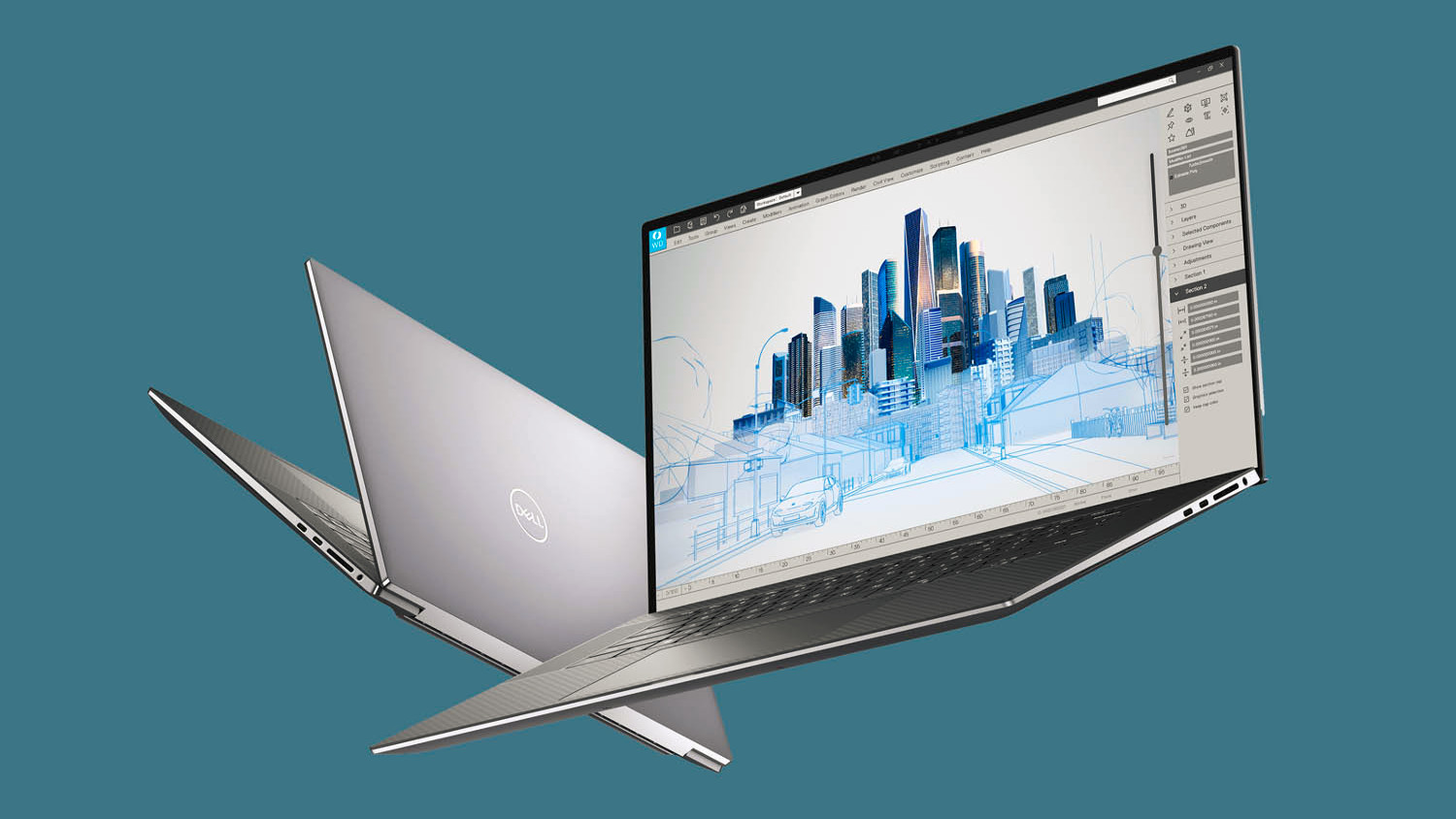 The 15.6-inch HP ZBook Studio G8 laptop is HP’s first mobile workstation to offer both pro and consumer graphics options in the same machine, up to the Nvidia RTX A5000 (16GB) or GeForce 3080 (16GB).

Both GPUs are ideal for design viz, VR and GPU rendering but as the laptop is very slim (17.5mm) we expect the same GPU might run faster in the thicker (22.8mm) HP ZBook Fury G8 15, which should offer better cooling and increased power draw.

The lightweight workstation laptop offers a choice of 11th Generation Intel Core H-Series processors up to the Intel Core i9-11950H but only up to 32 GB RAM, which might be a little light for some workflows. It also features an optional HP DreamColor display with a 120Hz refresh rate, a billion on-screen colours, 100% DCI-P3, and ‘end-to-end’ colour accuracy with Pantone validation. It starts at 1.79kg. 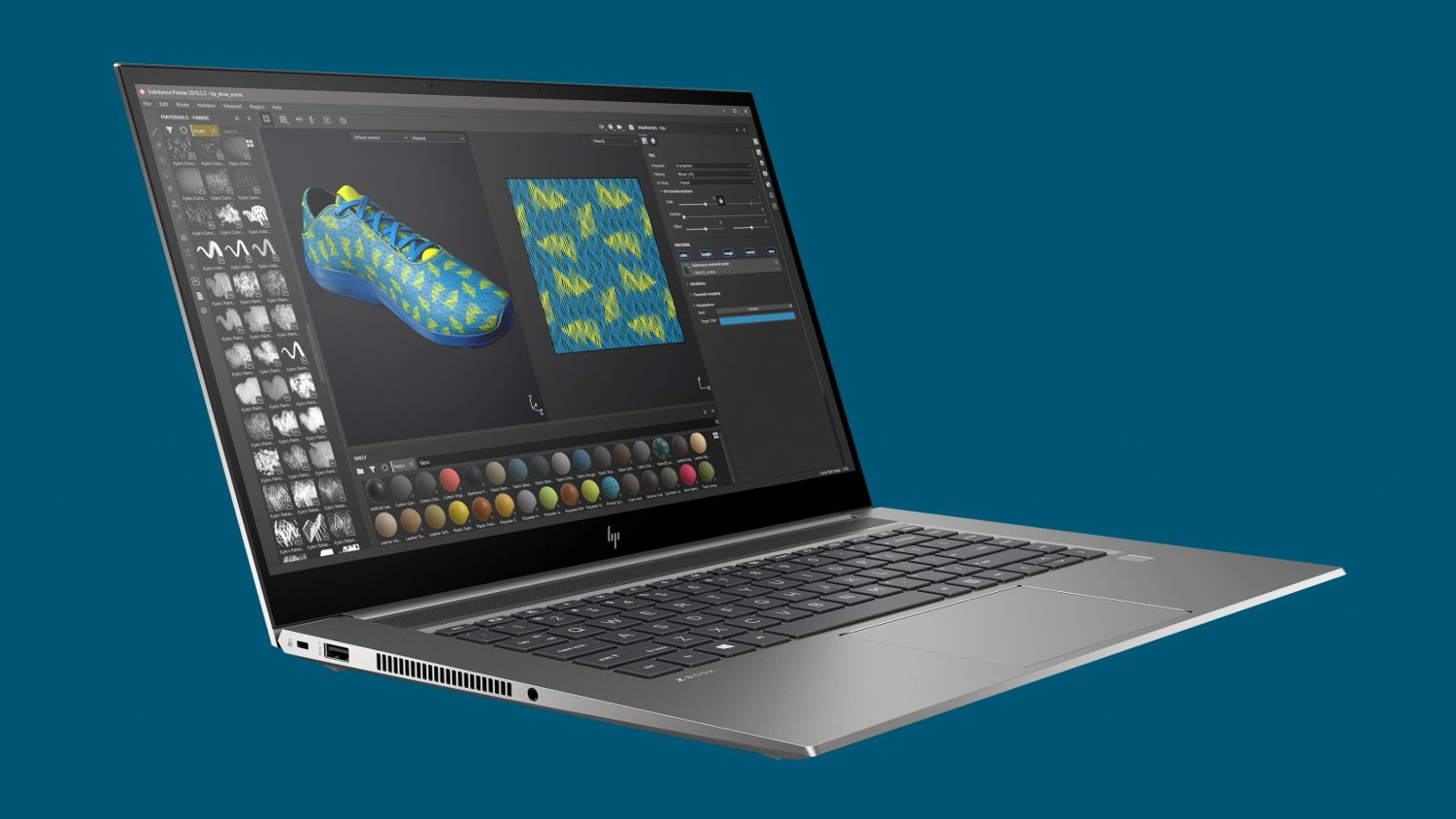 The first three generations of this thin and light mobile workstation featured a 15.6-inch display and CAD-focused pro graphics. The 2021 G4 edition is a ‘clean sheet’ design with a 16-inch display and higher-powered GPUs, including the ‘professional’ Nvidia RTX A5000 (16 GB) and ‘consumer’ Nvidia GeForce 3080 (16 GB). Memory and storage capacity remains the same with up to 64 GB DDR4 3200MHz and up to two 2TB M.2 NVMe PCIe Gen4 SSDs.

To accommodate the higher-end GPUs, which draw significantly more power than those in previous generation ThinkPad P1s, Lenovo has developed a new thermal design. It is also using AI to dynamically manage the ‘cooling budget’. For example, if a workflow is dependent on both the CPU and the GPU, it might set the Total Graphics Power (TGP) to 80W, whereas if a workflow is totally reliant on the GPU, such as GPU rendering, it could go as high as 90W or 100W. 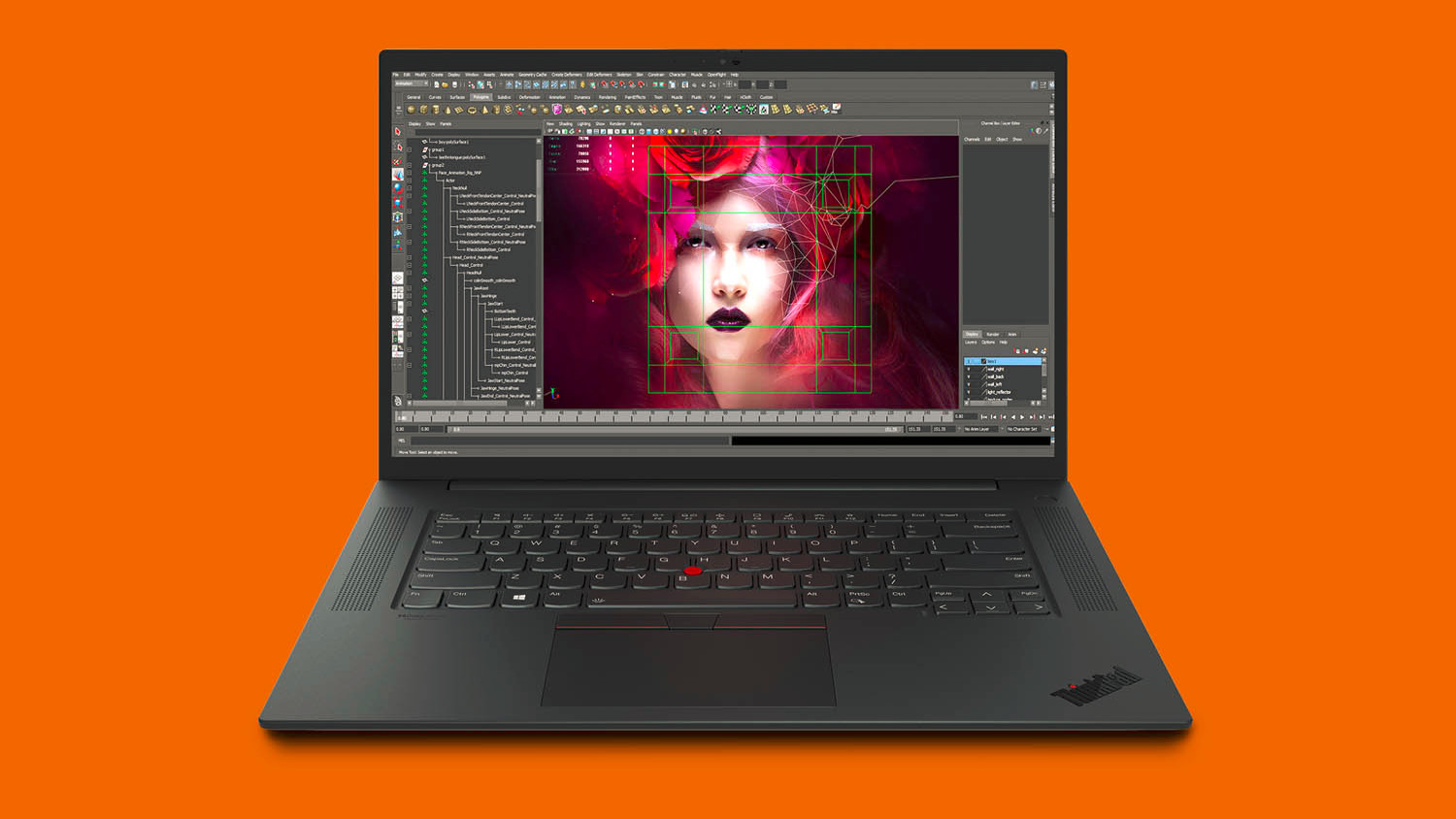 The Microsoft Surface Book 3 launched in 2020 so is the oldest machine in this round up, but it warrants inclusion because it offers something different. At the push of a button, you can remove the touchscreen display and turn it into a tablet. And with the optional pressure sensitive Surface Pen, use it for precision sketching.

The 15-inch display has a resolution of 3,240 x 2,160 and an aspect ratio of 3:2, which is deeper than all the other machines.
As it’s last year’s model, the Surface Book 3 features a 10th Gen Intel Core processor – the Core i7-1065G7. With a boost of 3.9 GHz, performance in CAD will be OK, but with four cores and a base clock of 1.5GHz it will be significantly slower than others in multi-threaded workflows like rendering.

For graphics, you have the option of the Nvidia Quadro RTX 3000 (6 GB), which is designed for entry-level viz, but its ‘Max-Q Design’ means it will run slower than other machines with the same GPU. The Microsoft Surface Book 3 has a thickness of between 15mm and 23mm and weighs 1.9kg with the keyboard and 0.81kg without. 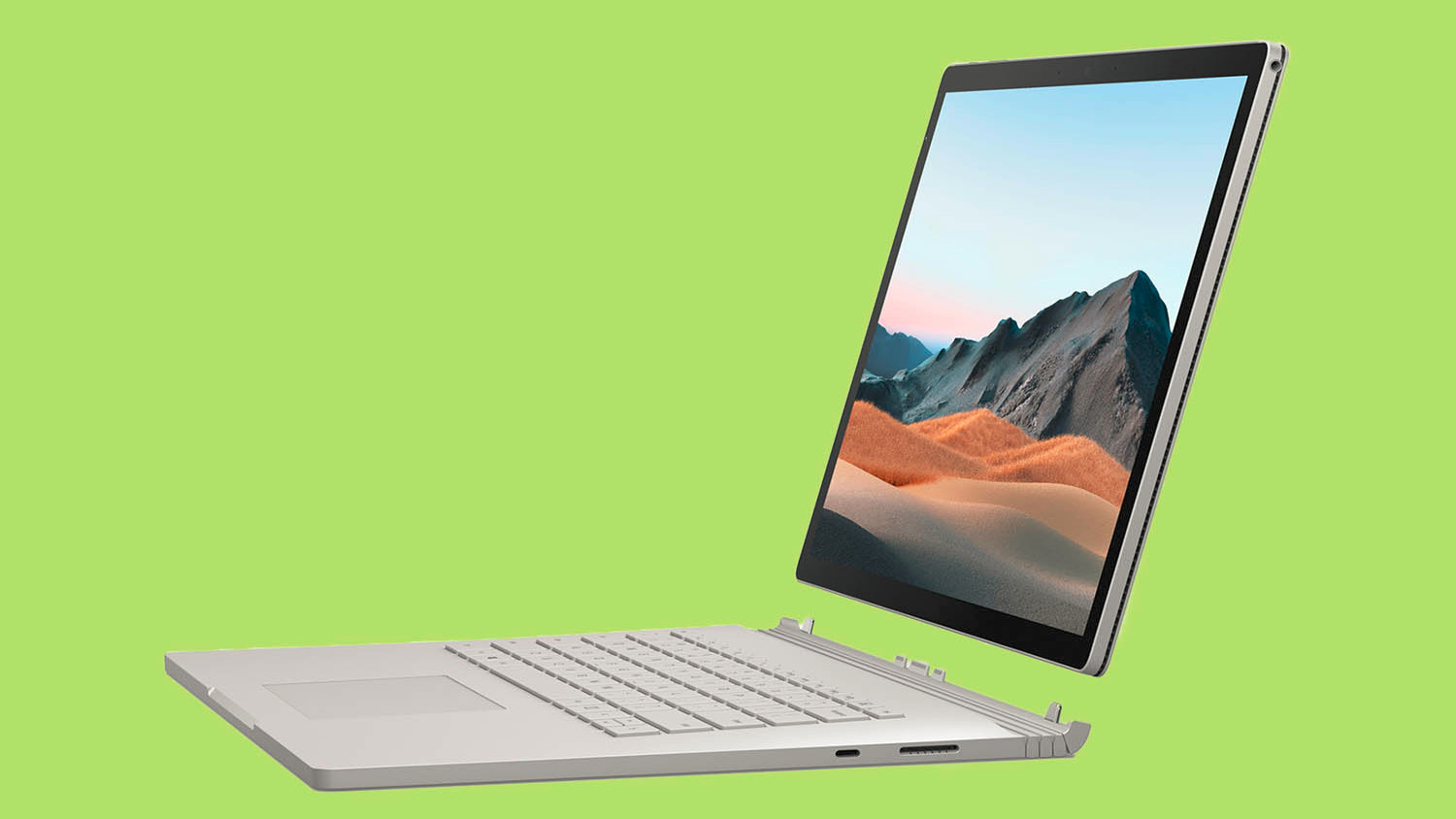 MSI’s new pro-focused 2021 laptop, the MSI Creator Z16, marks a change in aesthetics for the Taiwanese company. The slimline laptop’s 16mm chassis is made from CNC-milled aluminium with a ‘Lunar Gray’ finish. It starts at 2.2kg.

With a 16-inch 16:10 aspect ratio display you get a bit more viewing space than the traditional 16:9. ‘True Pixel technology’ means extremely accurate colours and the display is hardware calibrated in the factory to give 100% coverage of the DCI-P3 colour gamut. QHD+ (2,560 x 1,600) resolution means pixel density is lower than a typical 4K (3,840 x 2,160) laptop display. 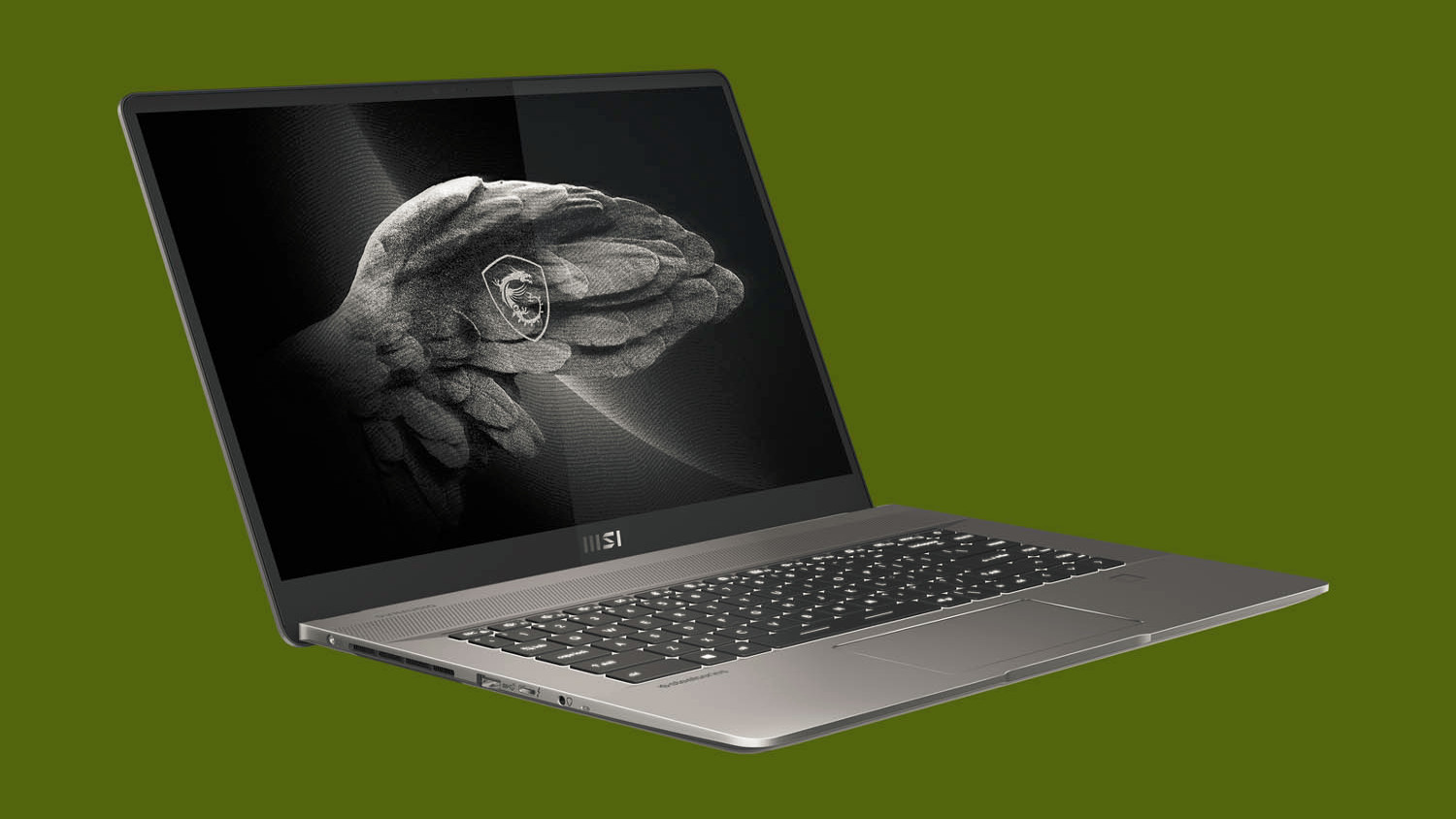