With 8 CPU cores now standard in workstations, rising in some cases to as many as 64, designers and engineers typically have a huge amount of processing power at their fingertips. So is there scope for making CAD software more multithreaded, enabling it to use more cores, more efficiently – or does the sequential nature of many operations mean the hands of CAD software developers are tied? We asked the experts to find out more 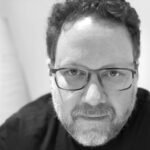 CAD applications have limits on how aggressively they can use multicore computing. For example, history-based modelling has operations that must be performed serially, and therefore cannot be parallelised across cores.

In any discussion of multicore capabilities, the importance of GPU and cloud compute cannot be overlooked. Autodesk provides multiple ray trace rendering tools, such as Autodesk VRED, which use GPU compute. In fact, rendering and ray tracing leverage as many cores as are available, and scale almost linearly with the number of cores.

Autodesk also leverages ondemand cloud compute, scaling CPU/GPU resources in the cloud to deliver compute-intensive output such as simulation, rendering and generative design. Generative design can scale to using many cores and GPUs in parallel to solve its challenges and produce multiple outcomes.

If you are designing assemblies, working with imported data, rendering, creating drawings and frequently calculating manufacturing toolpaths, those cores will increase your productivity

If you only look at history-based part modelling operations, the value of multiple CPUs is low. But CAD applications have evolved way beyond just part modelling, and customers receive significant benefits from the CAD capabilities that do use multicore computing.

If you are designing assemblies, working with imported data, rendering, creating drawings and frequently calculating manufacturing toolpaths, those cores will increase your productivity. Add the ability to use cloud compute on demand and customers have even more compute available to help them push their design and manufacturing processes further and faster. 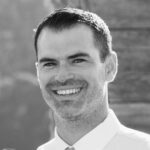 In developing new capabilities and expanding our products, we are always looking for ways to leverage compute power to deliver the best performance. Today’s frontier of parallel compute exists on the cloud. As microservices and horizontal scaling emerge for CAD and engineering workloads on the cloud, we can learn from recent advancements on desktop that leverage multicore CPUs.

Display-related functions such as bounding box calculations, hidden line removal, view section creation, edge extraction and rendering are easily sped up by leveraging multiple cores, mainly because the results are not orderdependent. High-end rendering also can be greatly speeded up by using GPU acceleration. Our recent advancements in AI/ML leverage multithreading to build models in real time, based on insession dynamic content.

Additionally, model and assembly load times can be reduced by spreading the load of reading data across cores. Analysing the structure from the PLM system and prepping for the load can also be parallelised.

As a general guideline, compute-intensive operations with minimal UI feedback or end-user interaction are usually the best places to multithread and improve performance. UI operations must be processed on the main thread, so these cannot be executed on multiple cores. Another barrier to multithreading is when results are order-dependent, like parametric feature updates. Performance improvements can be achieved by other means, such as segmentation and reducing the number of features participating in the update.

At Siemens, we look to leverage advances in hardware and computing technologies in products such as NX, as well as our kernel modelling tools such as Parasolid. We do this with a focus on the value it can offer to our customers and our commitment to preserving their data and maintaining a high level of quality. 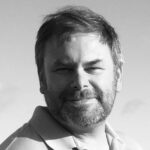 Computer hardware has become so much faster since I started in CAD in the early 1990s, that for many designers working on smaller parts, the single-threaded nature of CAD applications is not an obstacle to productivity in terms of designing that widget.

But I think the world has moved on from simply designing an object by hand and then turning around and having it made. We’ve moved into a world now where the compute power that’s available from high core count processors allows for a more robust and rigorous design process, in a couple of ways in particular.

First, with additive manufacturing, we’ve entered an era where generative design becomes important, and this is an area where having more cores is definitely a performance advantage. Second, we’re now capable of doing a lot more simulation on everything that we make. It’s no longer the realm of a supercomputer or a cluster. With a 64-core Threadripper Pro, you can easily do simulation on your desktop. In fact, because you have so many cores available, you can set that simulation running and while it might take several hours to complete, you still have enough compute available to continue doing design work with your CAD application of choice. So, while you don’t necessarily need the additional cores for traditional design tasks, they provide a boost in those areas where CAD has evolved.

Often an afterthought, the fact is that once you design a part, you still have to manufacture it. With injection moulding, you need to run a simulation of plastic flow through the part, and that simulation is multithreaded.

Another element that people don’t often consider is generating CNC toolpaths – software like CAMworks, for example, is highly multithreaded. In practice, that means with Threadripper Pro, you have the opportunity to iterate more often to refine that toolpath, which can a) increase production-line throughput, and b) decrease wear on cutters and save material, both of which increase company profitability.

So, it’s not the old-school way to think about CAD, but in terms of contributing to the bottom line of the company you’re working for, that’s definitely a place where high core count helps. 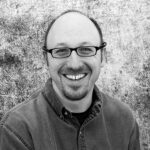 nTopology’s unique computational approach allows it to take full advantage of the available CPU and GPU resources of a desktop or virtual machine. We have pioneered several technologies that work together to enable this achievement.

Our field-driven design and implicit modelling calculations are highly parallelisable, unlike B-rep and mesh-based modelling systems, which rely on sequential algorithms. The straightforward math expressions that represent our models are theoretically infinitely precise and are computed at the appropriate fidelity on the fly. For example, we can use double precision on the CPU for engineering computations, while simultaneously using single precision on the GPU for visualisation and real-time interaction.

The result is that nTopology will simultaneously use all the CPU and GPU cores provided. If your hardware has any issues with cooling or the power supply, it will likely expose them. To avoid over-consuming resources, we match our worker threads to the available cores. An added benefit is that, unlike most engineering software, nTopology lets you keep working in your document while evaluation runs in the background.

Our generative design tools also leverage precise B-rep, mesh, voxel and FE modelling components, solvers and algorithms. Some of these blocks inherit compute limitations from those components. Although such bottlenecks do not yet appear on the critical path for our customers, our evaluation system is stateless and purely functional, so we have the opportunity to parallelise those when possible.

nTopology is still a young product with a natural affinity for more compute resources. Our recent 3.0 release, which demonstrated a 10-times to 100-times improvement using the GPU, exemplifies such compute flexibility. We are now experimenting with porting our implicit expressions to arbitrary platforms, from Raspberry Pi to HPC to CAD add-ins. Although we’ve been focused on individual PCs so far, distributed approaches are likely in our future as well. 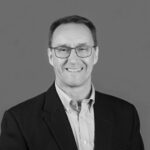 Recent developments in hardware technologies have indeed put multicores and threads via CPUs and GPUs at the fingertips of developers in all industries. Some of these industries were architecturally designed to benefit from multicores naturally, like the gaming industry, where applications like system AI [Artificial Intelligence], sound handling, network layers and graphic rendering could be handled through multiple cores and threads.

Other industries, such as CAD or CAE, had to follow, and needed to consider the benefits of this architectural redesign of the applications over their original infrastructure, or at least identify areas within the applications’ workflows that would greatly benefit from these types of changes and updates.

Altair uses multicores and threading in many aspects of its simulation suite; for example, within the meshing and morphing capabilities of Altair HyperWorks, when reading or importing large data files and results and for graphic renderings. A good example is Altair’s graphical capabilities, which have been added to our Inspire Studio Renderer solution and now include CPU and GPU multicore support with the addition of hardware ray tracing and denoising support from the GPU. The results must be seen to be believed; they are faster than ever before and look great in real time.

The more obvious areas in Altair products that show tremendous multithreading benefits are our solver solutions. One such product is Altair NanoFluidX, a solution from our CFD solver package, utilising multicores over multinodes (including cloud solutions) and Nvidia Cuda GPU hardware. Some of our test results show speed enhancements of up to 20 times, a boost that allows designers, analysts and engineers to use proper tools to turn their ideas into the best designs and products possible.

Altair is a company that brings innovation to its products while utilising cutting-edge technologies, be it multithreading CPUs, compute and AI GPU power or HPC cloud-based solutions to allow people to turn their ideas and design into reality.