Maxon has announced its first updates of the year with Redshift integration for ZBrush leading the line.

The integration supports Standard, Matcap and Redshift materials for increased realism when creating metal surfaces and caustics for glass. Maxon One subscribers can take advantage of the full power of Nvidia and Apple GPUs for rendering, while all subscribers enjoy pixel parity when using CPU on any compatible system. 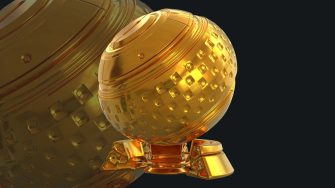 “The integration of Redshift into ZBrush brings artists a level of power and flexibility that was previously unimaginable. This is a major milestone for Maxon and achieves our goal of making Redshift accessible to all artists and creators,” said Maxon CEO David McGavran.

“This update also brings with it a host of new features and workflows that will help artists push the boundaries of their creativity and bring their visions to life.”

Elsewhere Maxon Forger continues to expand creative capabilities on iPad beyond sculpting with its modelling toolset that includes subdivision surfaces and symmetry.

As part of an ongoing focus on performance, Maxon has made some moderate improvements to Particular, which can bring particles to life with realistic organic fluid simulations where particle systems interact. A new optimised workflow allows linking an emitter to any 3D layer in AE comps, making particle system setup more efficient.

Performance has also been optimised when using animated Physics Time Factors and memory-management has been improved for Form particles.while Red Giant Trapcode brings key performance improvements for artists to create particle simulations in Adobe After Effects.