Adhesives specialist Intertronics has launched the Reylon Plasma Piezobrush PZ3 to the UK market – a handheld device for plasma surface treatment that can result in better post processing results for bonding, printing, varnishing or coating processes.

This offers some interesting applications, especially in the area of functional prototypes, with the PZ3 already tested for assisting the bonding of Nylon PA 12 3D printed parts when individually printed to fit a print build or simply speed up the 3D printing process.

With a maximum power consumption of 18W, its Piezoelectric Direct Discharge (PDD) technology is used to generate cold active plasma at a temperature of less than 50°C – often a safer and cleaner option that using chemical pre-treatments and primers. 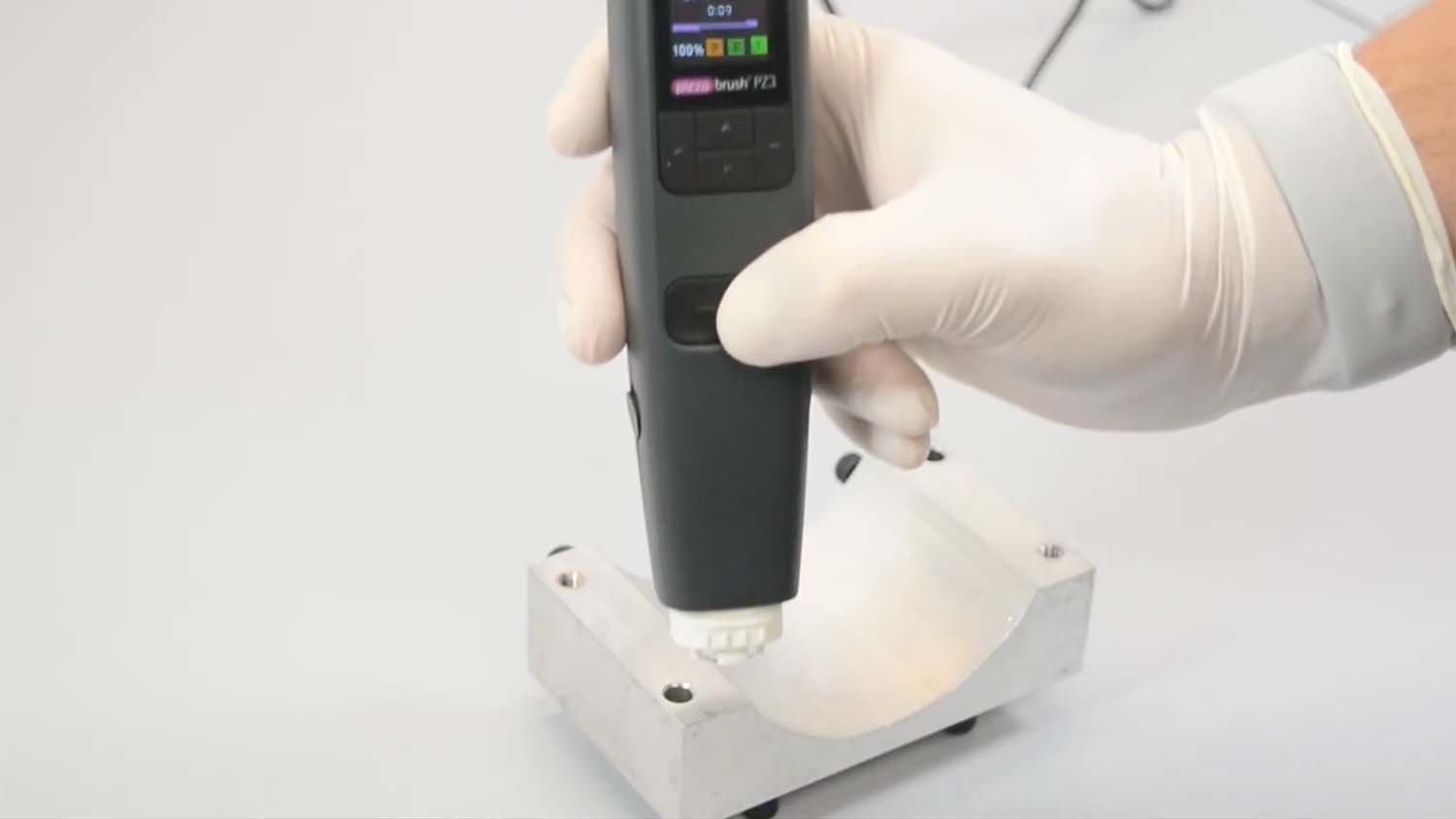 According to Intertronics, application of the plasma changes the surface properties of materials, which can have positive impacts on processing and end use; these include improved wetting and adhesion.

“PDD technology is the heart of the Piezobrush PZ3,” said a Intertronics spokesperson. “It transforms a low input voltage in such a way that very high electric field strengths are generated, which dissociate and ionise the surrounding air.

“The compact design of PDD technology makes it possible to integrate atmospheric pressure plasma generation into a small, handheld device.”

With little temperature impact on substrates during surface treatment, the PZ3 can be used for applications on a very wide range of materials, including thermally sensitive ones.

Conductive materials such as metals, CFRP, indium tin oxide or conductive plastics are treated with the nearfield module. Each module can be readily replaced in a few seconds without tools and is plug and play.

The PZ3 allows a plasma surface treatment speed of 5 cm²/s and a treatment width of up to 29 mm. A new control and display panel, offering power adjustment, various process timers and real time diagnostics.