The Mayku Multiplier is capable of putting down the pressure equivalent to that of four tonnes to a single material sheet, taking around four minutes to complete the process.

The 400mm forming bed is heated by 1200W heaters, that when combined with the onboard internal compressor and high pressure stainless steel air tanks means it can work with sheet material between 0.25 and 8mm thick.

Formed sheets can then be used as a mould to cast replicas of the original template out of pourable materials like resin, concrete, or even chocolate. 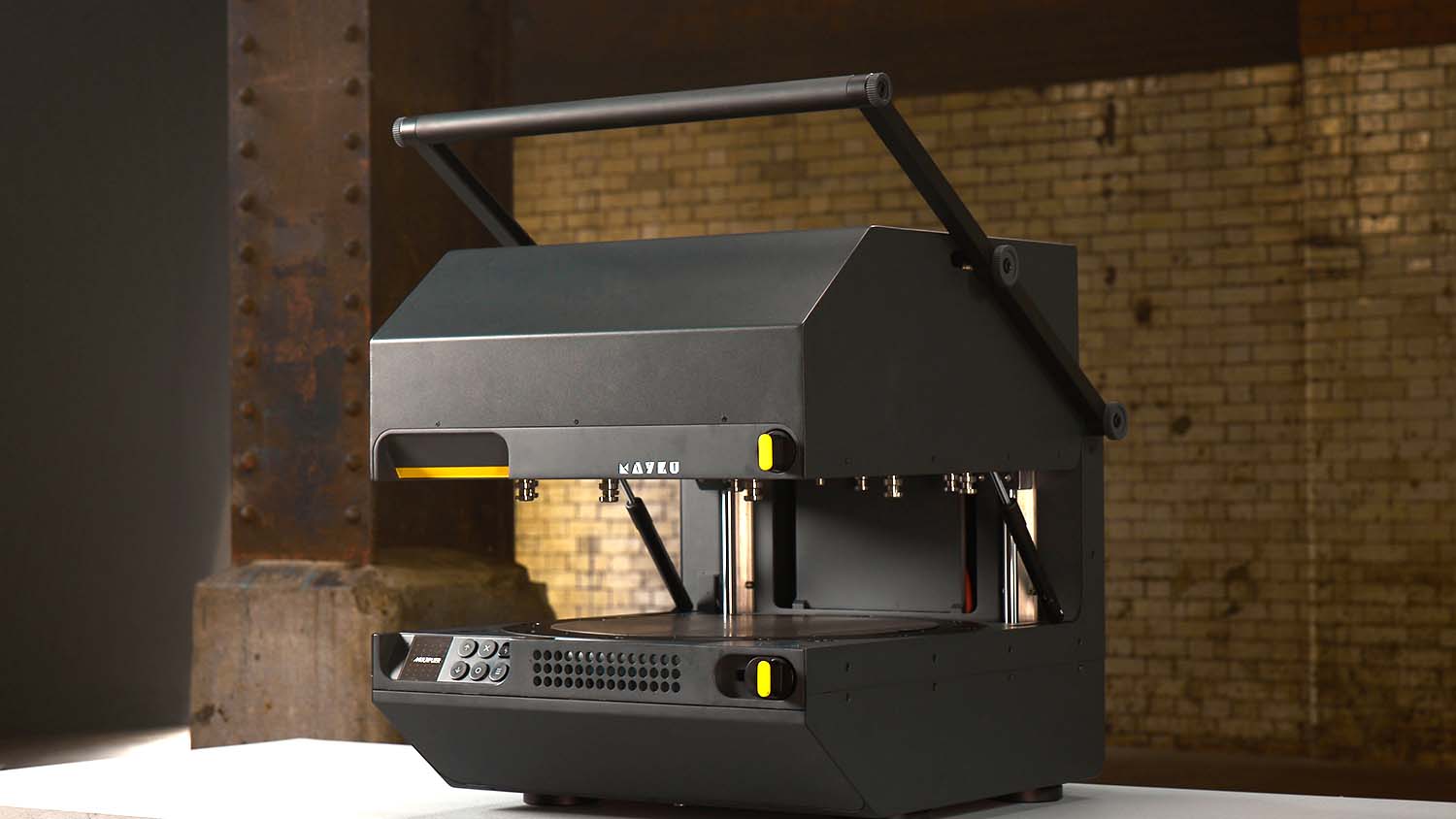 Forms made by the Multiplier can also be used as end-use parts for applications like product casings, medical trays, or wearables.

Available for preorder from October through the Mayku website, the units are set to cost £3,499/$4,999. DEVELOP3D readers can still snatch a bargain if they’re quick, with a limited number available at an early bird offer of £1,449/$1,999 – a snap when compared to a full scale industrial unit which can cost well into six-figures.

At its launch, Mayku CEO Alex Smilansky, said, “We have spent the past three years listening to our global community. We heard that creators want to control their production end-to-end, without relying on factories or having to make large minimum order quantities.

“With the Multiplier, we set out to create a machine that puts the power back into the hands of makers, from chocolatiers launching new products; to craftspeople and artisans creating new soaps, candles or jewellery; to industrial design engineers prototyping short runs of parts before going to mass production.

“The desktop manufacturing movement has seen millions of makers seizing control of the means of production. We are seeing the start of the Un-Industrial Revolution and it’s very, very exciting.”

Mayku CPO Ben Redford, added that the Multiplier is capable of replicating 3D prints and other shapes with ‘absolute precision’. “The Multiplier rivals silicone or injection moulding by being able to produce forms which capture lines and grooves up to 0.0004mm thick, picking up the thickness of ink on paper.

“Having access to factory level products, on the desktop, opens up a world of possibilities for end users as they can start to scale their business at low-cost with better quality materials.”