HP ZBook 15u G5 – This sleek, entry-level mobile workstation is thin, light and extremely good on price. It’s a great all-round machine for office work and for taking CAD on the road, but don’t expect it to power your way through more demanding workflows, writes Greg Corke.

The budget end of the mobile workstation market has traditionally delivered larger, heavier machines. But with a thickness of 18.6mm and a starting weight of 1.77kg, the HP ZBook 15u G5 is currently one the most portable out there.

It might lack the finesse of the premium HP ZBook Studio G5, but the build quality is very good. It has a solid feel to it with a CNC-machined LCD cover and an aluminium keyboard deck.

There’s a choice of four FHD (1,920 x 1,080) resolution IPS displays, one of which is touch-enabled, another which features HP SureView Integrated Privacy technology. This is designed to combat what HP describes as ‘visual hacking’ (commonly known as someone else looking at your screen), by significantly reducing the viewing angle at the touch of a button.

Our test machine came with the only 4K option, an anti-glare IPS display. Even though it’s rated at 400 nits, the same as the IGZO panel in the Dell Precision 5530 2-in-1 (see page XX), it just doesn’t feel as bright and the text not as sharp. However, it’s significantly better than the TN panels that were optional in the HP ZBook 15u G4.

In terms of connectivity, The HP ZBook 15u G5 is a little light, with only two USB Type A ports and one USB Type C port (USB 3.1 and Thunderbolt 3.0). If you have a lot of USB Type A devices, the Type C port can be converted with a simple adapter.

Alternatively use the full potential of Thunderbolt 3.0 for high-speed data transfer to an external SSD like the Samsung X5 or for plugging in an external GPU.

Dual-band Intel Wireless-AC 8265 802.11a/b/g/n/ac (2×2) Wi-Fi and Bluetooth 4.2 is standard. Despite the thin chassis, the gigabit Ethernet port can accept a full size RJ45 connector thanks to a hinge that springs open. There’s also a single HDMi port to connect to an external display.

The backlit ‘spill resistant’ keyboard comes with a numeric keypad, which is useful for precise input for CAD. The keys have a good amount of travel when typing but there’s a little bit of flex in the centre of the keyboard. The multi-touch touchpad has just the right amount of friction and there’s also a pointstick.

For security, there’s a fingerprint reader and a 720p HD webcam with IR for face recognition through Windows Hello.

The webcam also has a privacy shutter to physically block it from Internet spies.

The HP ZBook 15u G5 is exceedingly low-powered. It’s built around the Intel Core i7-8650U CPU, which has a TDP of 15W (most mobile CPUs are rated at 45W). Of course, this means there are some trade-offs when it comes to performance.

This means it’s really only really suited to lightly threaded workflows, such as those commonly found in CAD applications. When more cores are put to work in multi-threaded workflows, clock speeds are considerably lower than other mobile CPUs.

Testing with SolidWorks, for example, which has lots of single-threaded code, it delivered pretty good performance with scores that were not too far behind what one would expect from your average desktop CPU. It did this by maintaining a Turbo of 3.80GHz for the few minutes it took to complete our benchmarks. We had a similar experience in Autodesk Revit.

But when we tried it out with the multithreaded KeyShot and V-Ray renderers, the clock speed quickly dropped to 2.3GHz on all four CPU cores and it took about 65% longer to render our test scenes than the Dell Precision 5530 2-in-1 (Intel Core i7-8706-G).

In short, if you only do rendering occasionally, it’ll do a job, but the performance is pretty poor.

Like most mobile workstations, the ZBook 15u features switchable graphics – the Intel UHD Graphics 620 is used for standard desktop applications and the discreet AMD Radeon Pro WX 3100 GPU kicks in for more demanding 3D applications.

When we used the AMD GPU in short bursts, which is typical of how an engineer or architect would work when 3D modelling, performance was pretty good, particularly considering the WX 3100 is an entry-level professional GPU. In SolidWorks and Revit, we found it did a decent job with small to medium models. However, when the GPU was used for more than a few seconds, the CPU clock speed dropped to 3.2GHz, which had a significant impact on 3D performance. 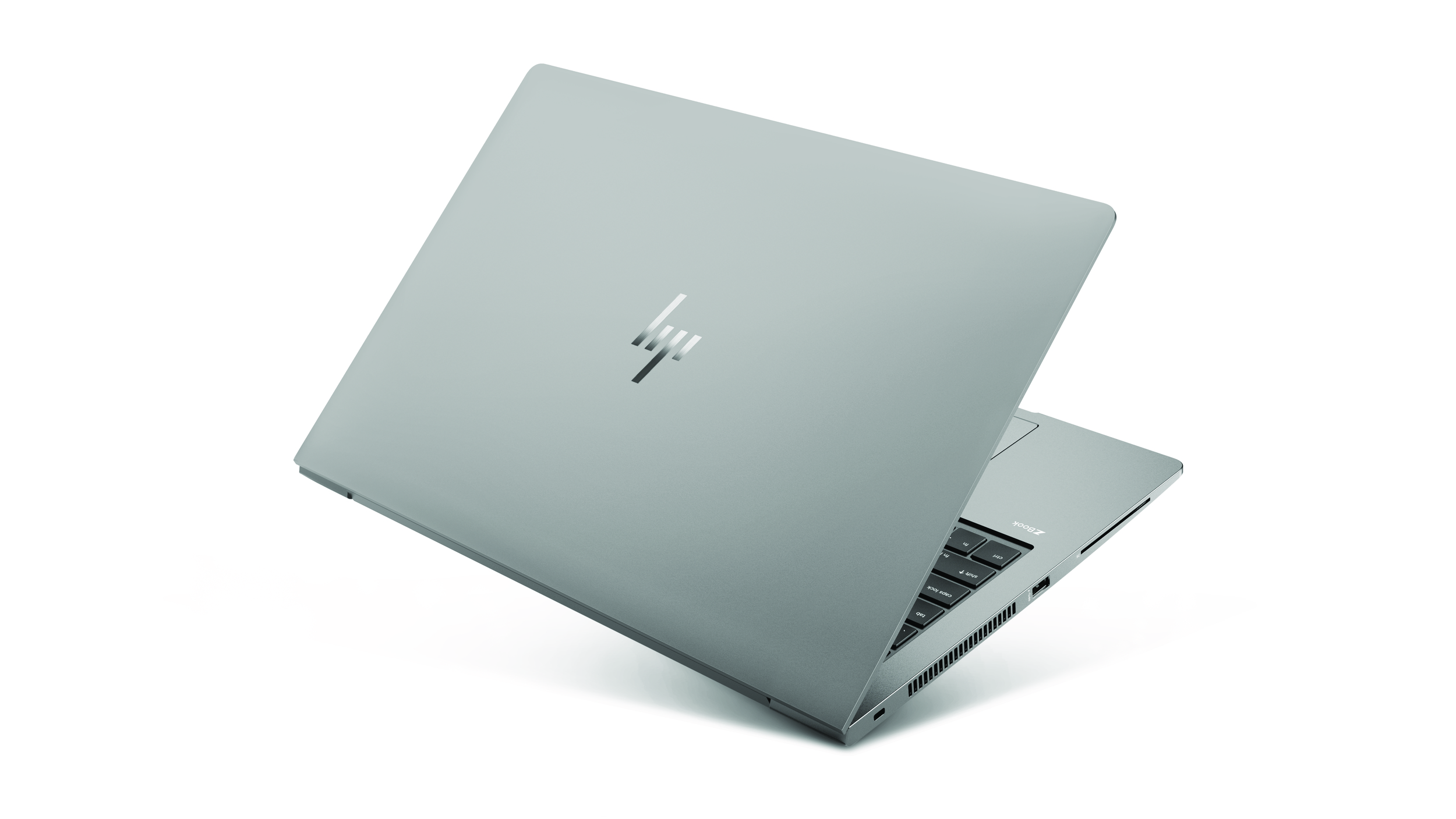 This drop in turbo could be down to the way the machine manages its thermals, as both processors are cooled by a single fan, unlike most mobile workstations, which have dedicated fans for each. Fan noise throughout all of our testing was pretty good and the machine remained very cool.

Like many CAD applications, both SolidWorks and Revit use relatively low GPU resources. They are known for being CPU-limited. But with more demanding 3D applications, we started to see the limitations of the Radeon Pro WX 3100. In Autodesk Revit Live, for example, a real-time ‘game engine’ viz tool for architects, GPU usage went up to 100%, but frame rates were relatively low. In viz applications like this, one tends to use the GPU for longer periods, so you’ll get the double whammy of a CPU frequency drop.

One benefit of the relatively low power is battery life. The 3-cell, 56 Wh Li-ion polymer may not have the highest capacity on paper.

However, it gave us just under 4 hours in the PCMark 8 Creative test (OpenCL) which uses both the CPU and GPU quite extensively, and should last a whole day if only doing light tasks. If you do spend a lot of time on the road, however, consider a FHD panel, as this should draw less power than our 4K display.

In terms of memory, our test machine was kitted out with 16GB of DDR4-2400 RAM, which is really considered entry level these days. But the ZBook 15u G5 can go up to 32GB for those with more demanding 3D datasets. Storage is courtesy of a single 512GB NVMe SSD. Larger capacity SSDs are available up to 2TB, but there is only room for one drive, so if you do need lots of storage, it will have to be an expensive SSD, rather than a budget HDD.

The HP ZBook 15u G5 is a decent entry-level mobile workstation, great as a second machine for CAD on the go. It’s thin, light and well-built and, providing you don’t push it too hard, should deliver good performance in mainstream 3D CAD and BIM workflows.
But the best thing about the ZBook 15u G5 is the price.