Richard Newman’s “Alto” is the winning project of the Lexus 2040: The Soul of Future Premium design programme for postgraduate students at the RCA’s Intelligent Mobility Design Centre.

Newman’s vision of the future premium, described as “visionary” by members of the board, is a hydrogen-powered VTOL (vertical take-off and landing) vehicle with a monolithic shape inspired by hot air balloons and plant terrariums, that he described as “playful” and “rudimentary”.

Alto is literally a floating vehicle that would move horizontally for short journeys and take off vertically for longer ones.

Newman looks to a future where technology will become so commonplace, it will no longer be considered a luxury and where vehicles will be banned from city centres to meet Generation Alpha’s very high sustainability standards.

In designing the shape, Newman took inspiration from Louis Poulsen’s Artichoke Lamp and, more in general, all the shapes he encountered around London, where he just moved from Coventry: “I went to the Tate Modern and I saw these beautiful floating objects, so I started sketching on paper, based on what I saw. And then developed the project using Blender, Sketchwork and Photoshop.”

“I wanted to create something that is quite challenging, that would raise a few eyebrows, but which would also make people smile,” he said.

“It proved to be quite an organic design process and the changes I needed to make became quite evident as the programme progressed, with the input from the Lexus designers.” 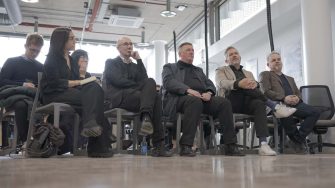 The final version of Alto was presented to the judges at a ceremony at the IMDC on 15th March.

In addition to the winner, there were commendations for two runners-up: Zhenyu Kong for “Lexus #Units” and Ben Miller for “Crucible”.

The six-month programme the six finalists have attended included mentoring and assessment sessions with Ian Cartabiano and Lance Scott, respectively president and senior manager at Lexus’ European design studio, ED2, and with Professor Dale Harrow, chair of the IMDC, and Dr Chris Thorpe, the RCA’s head of Intelligent Mobility programme.

The judging panel was also joined by design author and commentator Nargess Banks and senior representatives from Lexus Europe to select the winner.

Newman, Zhenyu and Miller will now produce scale models of their concepts, for inclusion in Lexus’ presentation at the 2022 Milan Design Week, scheduled from June 5th to June 12th 2022.

“All the designers impressed us with their thinking, their ideation and the breadth of their imagination,” said Scott.

“What they produced was not just fantasy, but based on factual studies of what ‘premium’ might mean in a future society, and they extrapolated this to create something very forward-thinking. With Richard Newman’s winning project, everything was well-thought-out and executed.”

“Lexus is looking for any shocking inspirational idea that we in the company can’t think of,” said Cartabiano talking about the benefits of recruiting young designers and collaborating with design schools.

“When you work in the industry you can’t help but be limited by what you know can be made. We need someone to join the company that challenges us, shocks us, inspires us and invigorates our thinking.” 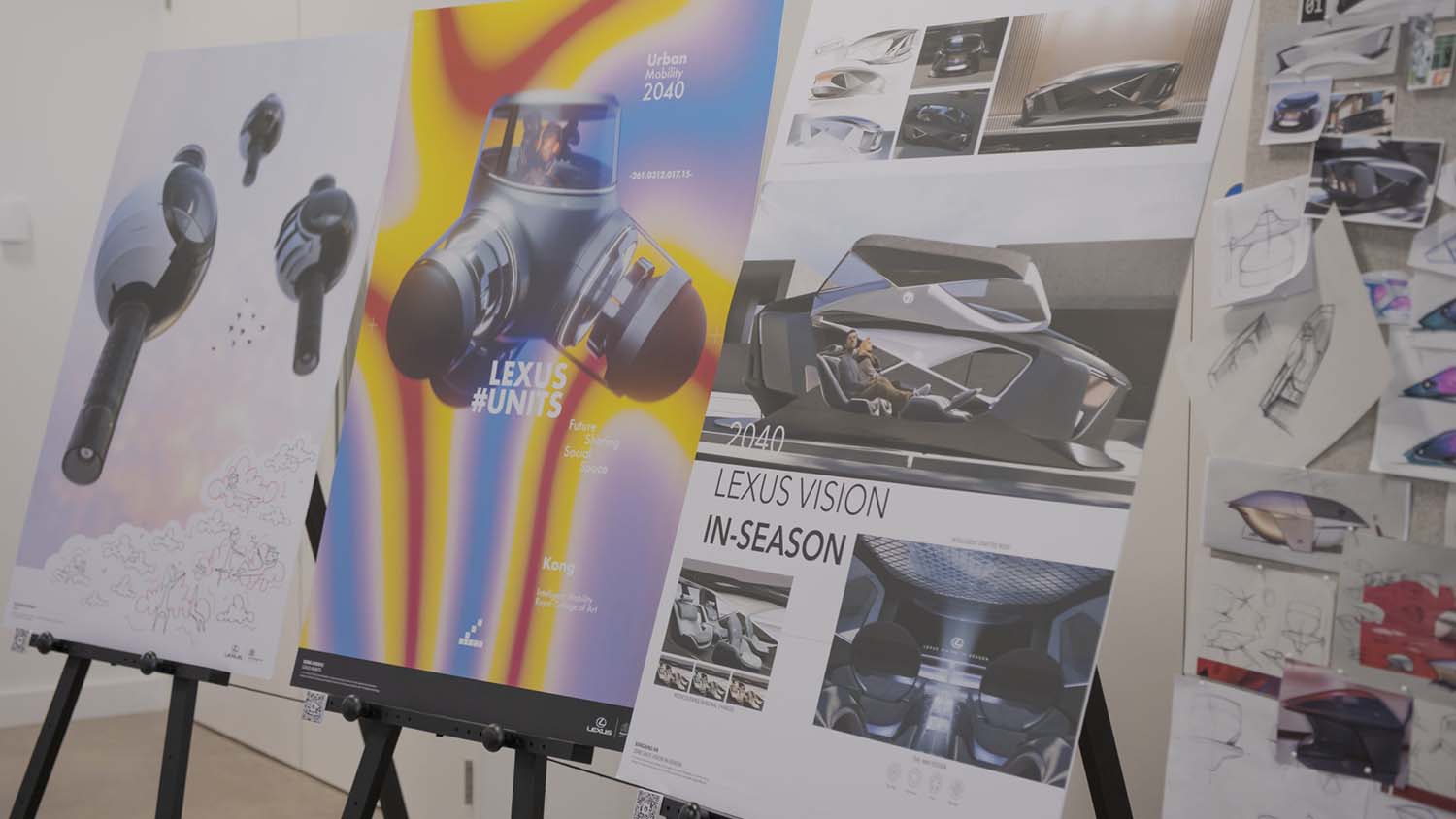 “Alto shocked me and shocked the team,” he went on. “Because it was a new mobility solution that is VTOL, but not a typical one, it’s a premium lifestyle experience with an aesthetic that I hadn’t seen before and a concept that is futuristic technology but also calming and peaceful.

“Ben’s project was great because of his analyses of the current situation and how does that affect the way people want to travel. Kong’s Units was unexpected, it’s a vehicle totally geared towards future generations. I really like that.”

Regarding the future of luxury mobility for European cities, the theme of the challenge launched by Lexus to the RCA students, Cartabiano said: “The future of luxury mobility is about making your space your own. In an increasingly shared world, we have to think about how do you get our time back. It’s about maximising your time and space in a way that brings you happiness, peace and humanity.”