Regardless of your thoughts about how the BBC’s light entertainment show, The Apprentice, paints the industry of product design [deep breaths, count to 10, etc…], there’s actually a lot of professional design work paddling extremely hard beneath the surface in order to create the episodes.

The design challenge episode, where the candidates’ abilities to launch a new innovative product are ‘pushed to the limit’, was this year enabled by design agency Innovate-Design, which had to assist the merry bands of candidates to design an electric toothbrush and an app to encourage children to brush their teeth properly.

Given the minuscule amount of actual design time available, Innovate-Design created an internal chassis in advance using Solidworks to mount the contestant-designed outer case onto, and to fix electronics inside.

Innovate-Design Co-MD James McInerny, said: “We wanted to ensure the task was simple enough to complete in the tiny amount of design time we had, and the producers wanted to push the boundaries of previous series and pull off something incredible.

“We put together a multi-skilled team to handle the concept sketching, brush design, electronics and app development, character creation and packaging elements of the design. Each team of candidates needed their own set of designers so in the end it took quite a few of us.”

To make the filming deadlines the prototypes were 3D printed in full colour using a Stratasys J850 Prime polyjet 3D printer – a choice that was increasingly forced by shrinking production times and the need to have full colour models that could be handled on camera.

“We knew the printers were rare, but we didn’t know how rare until we realised we needed a second one!” said McInerny. “It seemed there were only four of these highly specialised machines in the UK, and luckily we came across Laser Lines.”

The team at Laser Lines kicked into gear and had the prototypes 3D printed overnight from its facility in Banbury on a Stratasys J850 Prime, getting them back to Innovate-Design in time for filming. 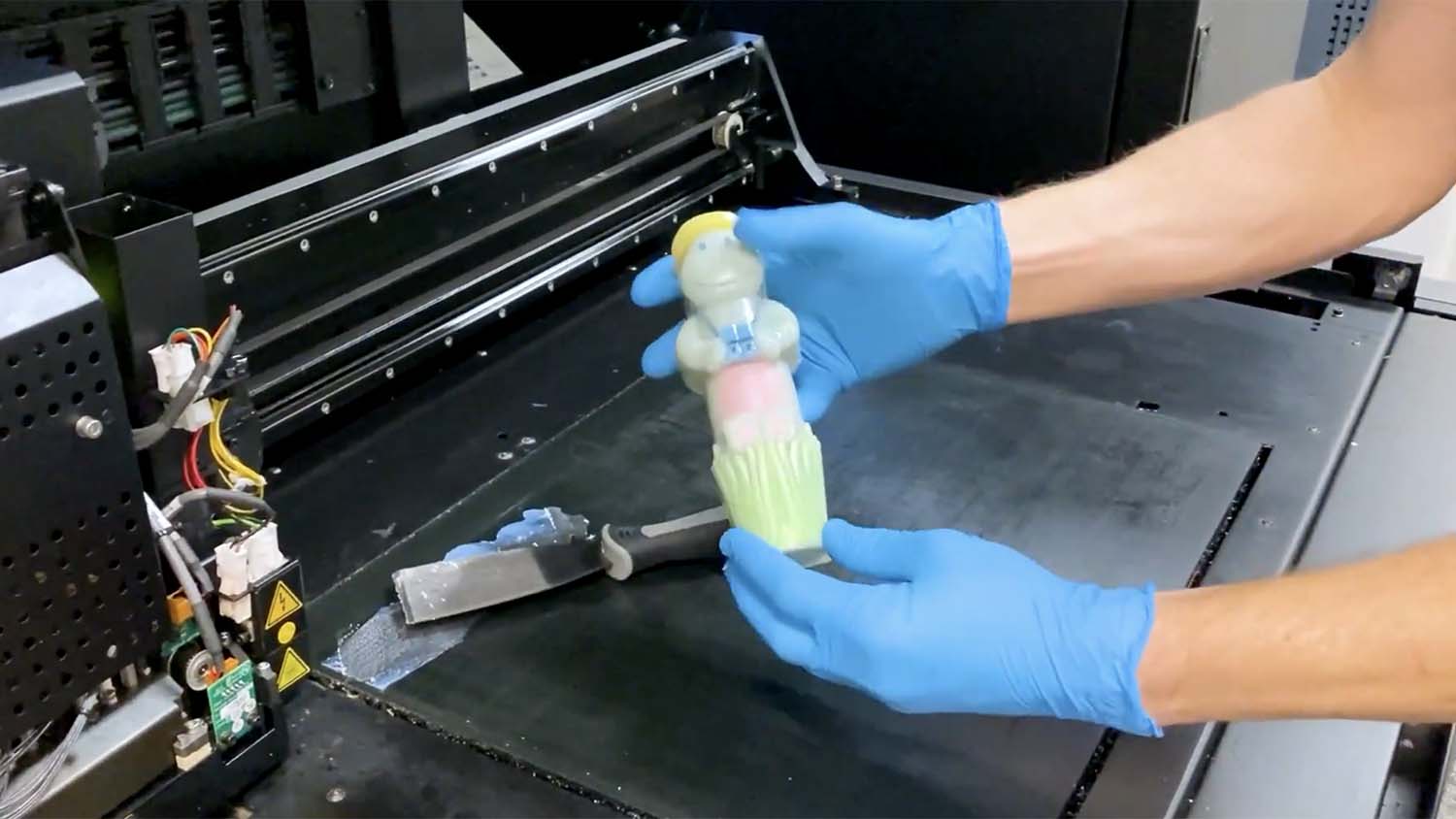 Greg Keech, Applications Engineer at Laser Lines, said: “The J850 Prime can print in over 500,000 colours, so you no longer need to paint your model by hand. It is certified by Pantone, ensuring that the colour you choose at the design stage will be the same as the one used in production.

“The build took a lot of organising between ourselves and Innovate-Design, as we had to follow the live recording of the show. This resulted in the bureau team coming in on Saturday as soon as the design had been completed by the candidates to put the build on the J850. Then we returned at 3am to remove it and meet the collection time at 4am so the parts could be in London for shooting by 6am.

Keech explains that the J850 Prime regularly comes up trumps for Laser Lines customers where a tight turnaround is needed. “Its speed and efficiency are amazing,” he said. “It was great to be able to help and to be part of such a high-profile, live production. In our opinion, it was the J850 Prime rather than the toothbrushes or Lord Sugar that stole the show!”

You can watch the episode of The Apprentice [while screaming into a pillow] on BBC iPlayer here – or instead watch this genuinely interesting video from Innovate-Design that covers the behind-the-scenes involvement by actually skilled people, which is far better: