Whether upright or grand, a traditional piano isn’t always a good fit for a contemporary living space. Stephen Holmes speaks to the team behind Casio’s Privia range, which has been hard at work on a design more in harmony with modern customer lifestyles

Learning to play a musical instrument is a pastime that many pursue in their youth, only for their acquired skills to lie dormant in adulthood.

With a full-size piano taking up a considerable amount of room in a compact modern living space, former pianists face particular challenges when it comes to reacquainting themselves with their instrument.

It’s these thwarted musicians that Casio is targeting, introducing new models in its slimline home range Privia, designed to get them back to playing music again.

The design team is based in central Tokyo, near Shinjuku, but its research mission took it to London. Speaking to people who had given up playing the piano, team members found that a key issue was indeed the physical form of the piano. In short, traditional pianos were judged to be too large or aesthetically incongruous with home interiors.

“They felt those pianos were difficult to play with family or friends, and lonely to play alone, because the installation area is most of the time limited to the wall, so they simply gave up playing again,” says Shuhei Nakamura, an assistant manager in the product design department at Casio.

With these findings in mind, the team headed back to Tokyo and began the process of redesigning the piano to harmonise with people’s daily lives and at a scale better suited to modern homes.

For the new PX line-up, a team of nearly 50 people was involved, drawn from several divisions dedicated to different technological aspects of the product.

Of these, six were responsible for the visual identity of the piano, working closely with a hardware design and engineering team of 10, who took charge of identifying the right materials, structure and exterior.

“We created four types of concept model in two batches before the final product design stage, since the new Privia series targets new users and an unprecedented market,” explains Nakamura.

A lot of effort went into the concept process, much of it involving hand-drawn sketches. These, Nakamura says, led directly to an innovative design being born: “It was a distinctive design that was unfamiliar as a piano at the stage of the internal discussion.”

Once the final design theme was chosen, the process then moved into 3D CAD with PTC Creo used to further develop the product, to add in the electronic elements and to enable the model to be mass-produced.

The PX range includes new elements never seen before in Privia products, so there was a lot of engineering to be carried out. In particular, developing the unique stand with its three-pedal unit proved a challenge in terms of meeting Casio’s strength criteria. This demanded structural studies and CAE evaluations of dozens of variations before a final design was reached.

In addition, a newly developed housing composed of wood and resin was designed to improve the acoustic characteristics of the piano, while retaining a slim and compact aesthetic. The development team achieved this by testing several variations using computer-aided engineering tools, allowing for a functional design capable of housing the inner electronics to be built as close as possible to the original design intent.

Colour and finish were extremely important in creating a design for the PX range that could either seamlessly blend into the background, or stand out as a focal point, depending on the preference of the customer.

“Once the shape is decided to some extent, the general flow is to examine the colours and textures with CG sketches,” explains Casio mechanism development engineer Takahiro Moriya.

The polished finish on the ‘Harmonious Mustard’ coloured model – a radical departure from traditional black-and-white finishes – uses the same high-gloss method as an acoustic piano, with its lustre attained from multiple applications of paint and polishing.

“To express the ideal colour directed by our designer, we went through a number of trials right up until we started mass production,” explains Moriya, adding that this special colour, rarely found on a piano, was chosen for its ability to harmonise with virtually any room’s interior, while adding a touch of elegance to the living space.

To help maintain the analogue form of a piece of furniture, while boasting all the digital capabilities required for a professional-quality instrument, the design team used ‘stealth printing’ for the console area.

“Our intention was that it’s best that the button seems like it doesn’t exist on the console when the LED is off, as it may give a gadget-like impression if any of the letters can be seen through while we want it to look like an interior piece,” says Moriya. With this method, the musician is able to see touch buttons when the device is in use, but only a satisfyingly smooth surface when it is turned off.

A key element throughout the development was the use of physical prototypes to further evolve the design. This included initial foam concept models, to evaluate the size and form of the keyboard, and fitting internal electrics into a 3D-printed prototype casing to test sound and playability.

Physical prototypes were also used to determine the final production moulds, to confirm consistency between CAE evaluation and actual product, and highlight any issues that might be difficult to determine under CAE evaluation. The digital work continued with Casio working alongside a regular production partner to create the marketing visualisation artwork from CAD data. “They have captured our intention very well of how the product should be portrayed, so that the users can feel the colour and texture of the product,” concludes Moriya.

With its compact profile, minimalist mid-century aesthetics and high-end finish, the new additions to the Privia PX range have been designed to appeal to a wide range of musicians, enabling them to hit all the right notes. 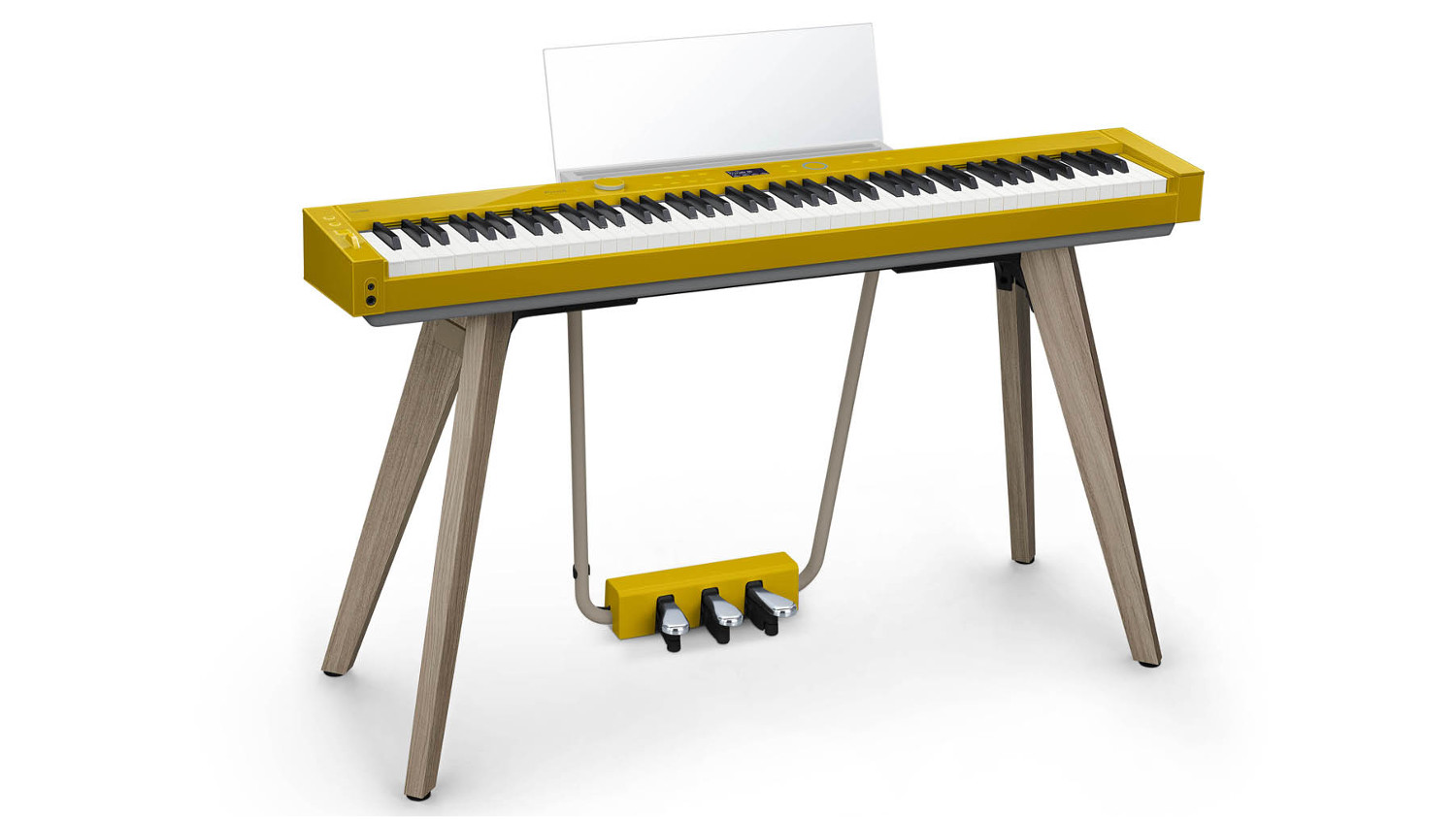 Acua Ocean: RAPID Challenge winner 2021
Solar
Tebis 3.5 for manufacturing
Design tools on the Apple Mac
Keep on running
Look at the design process from a new perspective
GrabCAD Workbench Review
IT standards - shake it up!
Previous Post
Next Post