With a new, limited edition, run of 50 skate toy figurines lined-up for a collaboration with London based skate company Blast Skates and Vans Shoes, Playdude needed some quick custom packaging, but quotes from suppliers were eye-watering.

The goal was to make the Blast Skates mascot figures look as close to a mass manufactured product as possible, with traditional action figure blister packing.

However, due to the double-figure number of figures they were intending to produce, packaging factories balked at the job.

Handy with their Ultimaker 3 3D printer in-house already, the PlayDude team looked for a workaround for at least prototyping their ideas in-house. 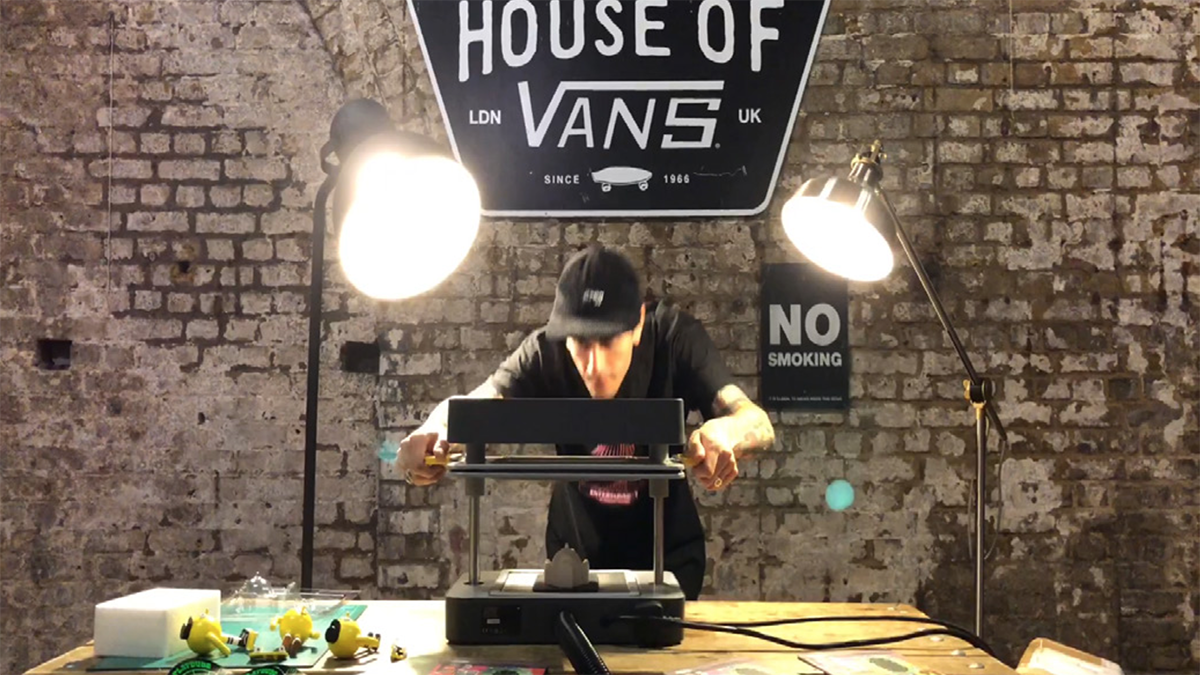 PlayDude’s Mike McCabe picked-up a Mayku FormBox vacuum former, realising they could use parts 3D printed on the Ultimaker 3 to create a master template that could then be vacuum formed in the FormBox.

This enabled fast testing for positioning, fit and toughness, but it also enabled PlayDude to get physical prototypes into their hands for inspection quickly, rather than waiting for slow deliveries, massively reducing their product development time.

“[Being] able to produce everything ourselves from our studio with just a vacuum cleaner made the project extremely straight-forward,” said McCabe.

After a few more iterations of 3D prints and vacuum forms, the team perfected the final form of the required shape.

A high definition master 3D print was created, the inner void of which was filled with Mayku Pour, a pro-grade plaster that ships with the FormBox that, once set, makes for a solid core.

This rigidity allows the 3D printed plastic part to be vacuum formed multiple times-over in quick succession without deforming.

With the prototyping a success, PlayDude then set up a pop-up desktop production line in their studio, producing a factory-quality short run of 50 products in-house in less than a day.

Once formed, the edges were trimmed and the toys placed snuggly inside, and all the pieces assembled into the final product.

According to McCabe, using the FormBox for in-house vac-forming was just 20 per cent of the setup cost of going to an external supplier, with the final part costs 60 per cent cheaper, not to mention time saved waiting for prototypes to arrive, fitting into an external suppliers schedule or trying to explain modifications over the phone.