Intel has launched its Intel Arc graphics family for laptops, the first in a series of discrete ‘high-performance’ GPUs that will extend to desktops and workstations later this year.

This is a significant move for Intel as it looks to boost its graphics capabilities and compete more strongly against AMD and Nvidia, who offer a wide range of powerful discrete GPUs. Prior to this launch, Intel’s GPUs were mostly integrated with its CPUs and only really targeted entry-level users.

Arc is focused on consumers, specifcally gamers and ‘creators’, a broad term that often refers to those who generate video or 3D content. At its launch, Intel spoke about Adobe Premiere Pro and DaVinci Resolve, and has previously refrenced Blender (rendering with Cycles) and Autodesk 3ds max. However, there was no mention of CAD or Building Information Modelling (BIM) software. 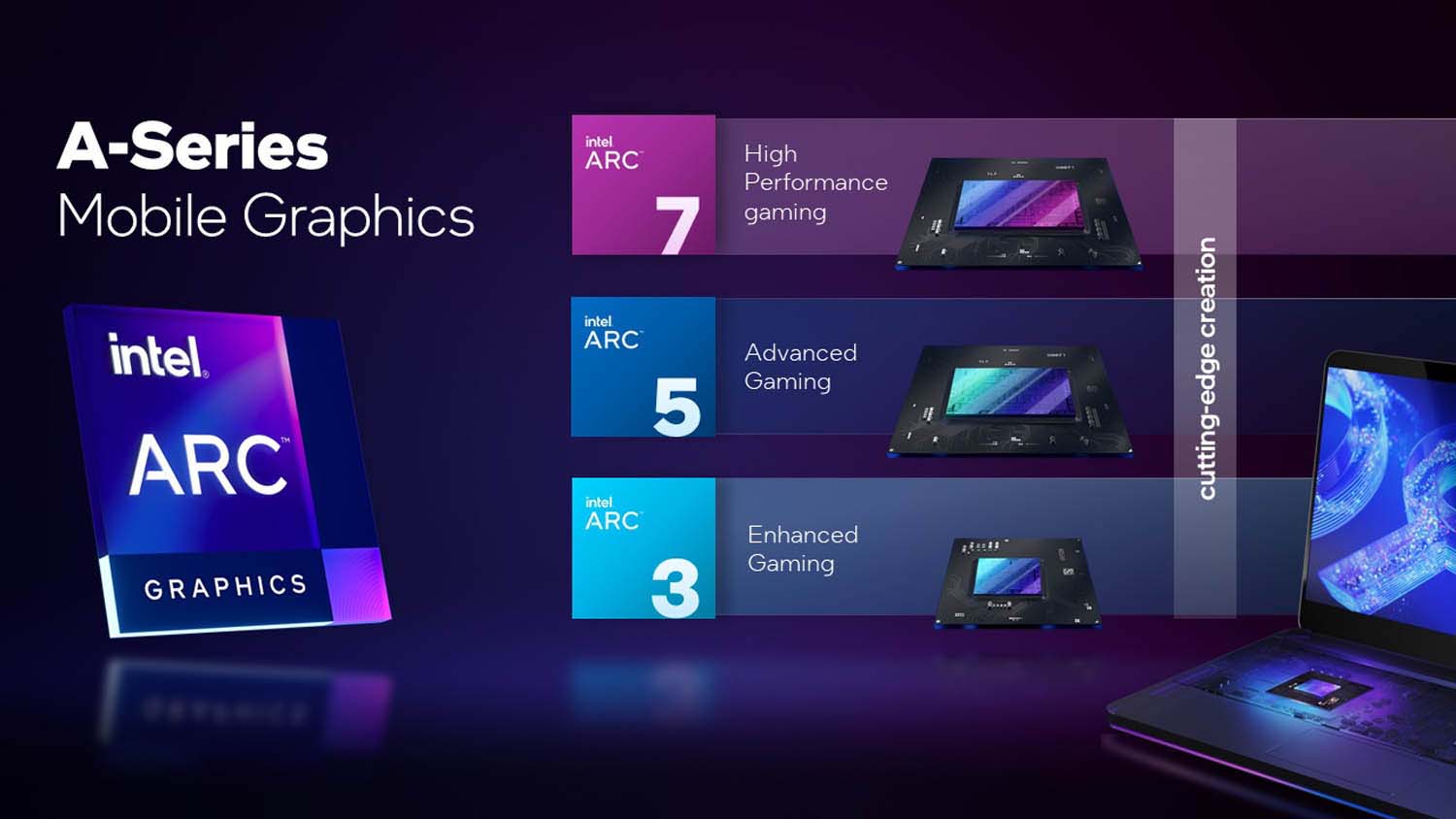 Historically, Intel has focused on directly supporting only the most popular CAD and BIM software. However, Intel graphics driver support for these applications appears to have slipped over the years. Certification of Intel integrated GPUs with the latest CAD products from Autodesk, Solidworks, Siemens and others, are few and far between.

However, with a new focus on discrete GPUs, this could change. It will be interesting to see how much attention Intel gives the CAD sector moving forward.

Arc 3 is available now in two product offerings: the A350M for ultra-thin laptops and the A370M for more performance in thin-and-light laptops.

The more powerful Arc 5 and Arc 7 graphics products will follow this summer.

In gaming benchmarks, Intel shows the A370M to offer up to around double the performance of its Iris Xe integrated graphics. Intel did not share any data comparing its new GPUs with those from AMD and Nvidia.