Apple’s iPad tablet is a great device for quickly sketching up a concept. Here are four of the best apps for putting down those first lines of a killer design 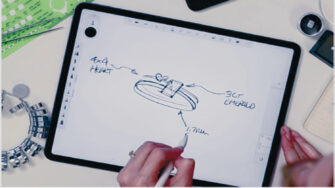 Formerly of Autodesk, Sketchbook has struck out on its own as a standalone company headed by former Autodesk employees who know and love the product.

Its smooth lines are assisted by an array of rulers and tools to help you attain accuracy, while vertical, horizontal, and radial symmetry tools can speed up the process of getting ideas down faster.

Available across all Windows, Android and Apple devices, it’s a versatile platform that’s a firm favourite, due to a paired-back UI that offers an almost paper-like experience. 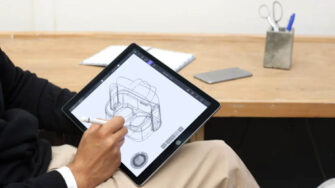 The intuitive virtual reality sketching app has a free iPad app that takes its quick sketch tools out of the VR environment and places them on Apple’s Pencil-driven hardware.

It’s built as a one-stop 3D CAD ideation tool, allowing users to import engineering data as hard point markers to sketch forms over, while LandingPad allows files to be synchronised across devices, including taking a sketch directly into a VR environment. 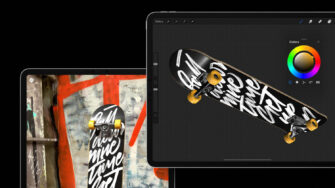 Procreate comes stocked with artist tools from the off – an entire library of brushes that can be customised, downloaded or custom-made.

While more focused on painterly styles than the other options featured here, the technology behind it is no slouch, taking full advantage of Apple’s Metal architecture.

It’s designed to get the best performance from the iPad, offering 120fps on supported devices, while gesture controls make common functions a breeze, letting you get on with the creativity.

Cost: £19.97 per month or as part of a Creative Cloud subscription 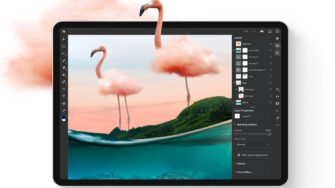 It was only a matter of time before Adobe’s mobile apps began to infiltrate workflows.

Regular updates continue to evolve Photoshop on the iPad, available as part of a Creative Cloud subscription, which offers an abundance of tools and increasingly makes for a much more useable workspace.

While the sketch and paint environment lacks the natural flow and intuitive nature of some, the breadth of abilities it offers and the platform’s familiarity mean that lots of designers will be comfortable using it straight away.