In a world where it’s never been easier to share a secret with another person, or a CAD file with a 3D printer, product design pros should know their rights when it comes to protecting their designs, writes William Miles

As an intellectual property lawyer, I am constantly asked how to protect an idea. My answer involves explaining one of the most fundamental principles of IP law: there are no rights in an idea; instead, the rights only subsist in the expression of an original idea.

For example, I could have the idea to write an article about additive manufacturing and legal rights around file sharing. However, that idea alone will not give me any protectable rights.

Instead, it is only the expression of the idea that is sufficient to qualify as a protectable work; for example, this particular article, containing these particular words.

So, now that we’ve cleared that up, we should next address methods of protection. As soon as an original idea has been properly thought through, it’s likely to benefit from the concept of confidential information. This normally comes in the form of a trade secret, and ‘secret’ really is the operative word here.

The most famous example is the recipe for Coca-Cola. It’s a secret, and it is only disclosed to third parties under a duty of confidentiality, formalised via a nondisclosure agreement or NDA.

What this means in practice is that Pepsi is perfectly entitled to try and guess the recipe. However, Coca-Cola’s actual recipe is proprietary knowledge. So if it was to be disclosed by someone who had actually received that knowledge, Coca-Cola would be able to claim a breach of the NDA.

Similarly, if you were developing an idea, even only roughly, and share it with a third party, you would be well advised to ask them to sign an NDA prior to the disclosure.

An NDA is a relatively simple agreement, and essentially binds the opposing party to secrecy. However, the issue for you (and indeed, Coca-Cola) is that if the agreement is breached and the information enters into the public domain, it will no longer be treated as confidential information and other parties will be free to exploit.

As a result, NDAs only go so far. You still need to be sure that the person to whom you are disclosing the information has sufficient resources to recompense you, should you need to make a claim under the NDA.

It’s for this reason that it’s worth considering other forms of intellectual property (IP) rights in order to protect your original work.

In the context of additive manufacturing, the most obvious would be copyright. Copyright is an extremely useful form of IP, because (at least in the UK and EU), it’s free to own.

It’s what is referred to as an ‘unregistered right’, so no fees are required to secure it. Instead, the old adage used to be that copyright subsists as soon as the ink is dry on the paper.

Admittedly, ink is not the most relevant medium these days, but the underlying principle here is still sound. As soon as you have created an electronic file describing your design, you are likely to hold the copyright in it.

However, the design must be original. What’s more, the ‘you’ in this context will only actually mean you if you are not an employee working in the course of your employment. However, in all other scenarios (the most common being that the author is a freelancer), the author is the first owner of the copyright, and the ownership can only be transferred with an agreement in writing.

Copyright is also extremely useful because it protects graphic and artistic works, along with text, sound and software code.

So, a CAD file falls squarely within its protection, and that free protection will last till 70 years from the death of the author. That’s much longer than, for example, the term of protection for a patent, which is only 20 years.

As to other relevant IP rights, registered rights would be next on your agenda. From a design perspective, these come in two forms: registered designs and patents.

Registered designs protect the shape and service decoration of an article and are very cheap to obtain (at least in the UK and EU), but are less commonly used and more expensive elsewhere. (In China, these are known as design patents, just to confuse things.)

Patents, on the other hand, protect inventions; they are very difficult and expensive to obtain, but offer powerful and well-recognised protection.

The key, however, is to ensure that you get your patent application underway before any aspect of your invention has been publicly disclosed, otherwise the patent will be invalid through lack of novelty.

Which brings me neatly back to the idea of confidential information, where we originally started. On that note, I think I’ll stop there – before I give away any more of my own trade secrets! 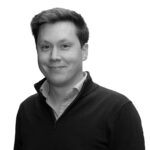 William Miles is an intellectual property lawyer and partner at Briffa.

He advises on a broad range of IP matters with a focus on contentious work and specialises in particular on trademarks, design rights, copyright and confidential information.

Al Dean braces himself for the battle ahead
Topology optimisation tools
We want it all and we want it now
Folding screens a spark of rebellion in a world of black rectangles
How will future generations see today's designs?
Future imperfect
Cadasio Review
Simulation is a critical part of the engineering process
Previous Post
Next Post