From Monaco to Melbourne, F1 teams spend huge amounts of time on the move, transporting not only cars, tyres and motorhomes, but computer hardware.

Trying to make design changes on the move – and even back at headquarters – can prove too much for some hardware given the huge datasets being relied on, and often prove a source of frustration for the designers and engineers that need to be at the cutting edge of what technology can allow.

With new owners and sponsors, Racing Point F1 team began an exciting phase in its history by trying to streamline and turbocharge its IT setup.

Having decided to launch a design centre of excellence, the team took its first steps by focusing on upgrades to its existing Dassault Systèmes Enovia PLM and CATIA V5 CAD software, moving to the latest version of the 3D Experience Platform.

The goal was to use the more sophisticated platform to simplify workflows and move design modifications into production faster.

However, with a team of 400 across the company, all running different hardware set-ups and software versions, this upgrade needed to be done without interrupting the tight schedules of a racing season.

While improving the performance of physical workstations was one possible solution, it was cost prohibitive for a team that classes itself as the best ‘pound-for-pound’ team fighting on the F1 grid.

Moreover, it didn’t solve ongoing problems with collaboration: Whenever the team wanted to work on projects with remote colleagues, workstations would have to be physically hauled into a video conference room.

Underpinning all of this was the need to upgrade the entire company from Windows 7 to Windows 10, allowing for graphics and the ability for hardware to handle the increased performance requirements.

As the IT team looked ahead, they knew that Racing Point needed a roadmap that didn’t involve constant upgrades to keep up with changing system requirements.

Racing Point’s team knew the solution lay in virtual desktops, but with a tight timescale it approached industry IT experts Ebb3.

“The team really needed an external resource to show them what was possible,” says Paul Williams, ebb3’s director of service delivery. “They needed virtual GPU (vGPU) accelerated infrastructure that was flexible and scalable enough to grow with future demands.

“The computing power of GPUs continues to make incredible strides, and we wanted to set them up for long-term success.” 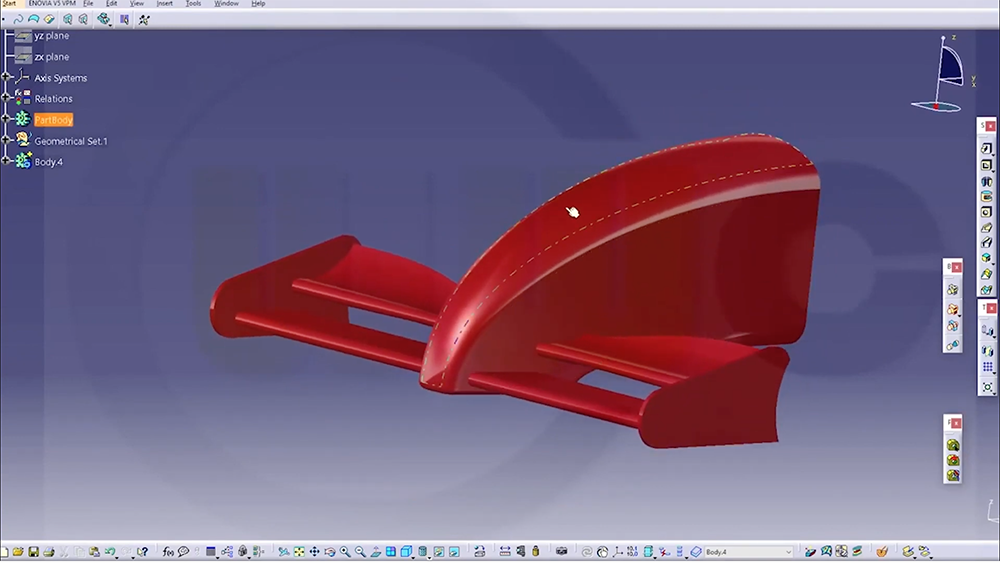 Each server would handle six users, each assigned a 4GB profile.

“It was crucial that our existing platform was uninterrupted during the rollout,” says Bill Peters, chief of IT at Racing Point.

“Throughout the racing season, there’s constant pressure to deliver enhancements as quickly as possible. Designers and engineers need instant access to the right information to make the right decisions. The new Nvidia-powered virtual workstations consistently deliver performance on the level of physical workstations, which means our IT supports us at the highest level.”

Peters adds that another benefit for its engineering team is in accessing its product lifecycle management (PLM) database.

“With the new platform, models need to be checked in and out of the server, which allows any user to always access a single version of truth and dramatically simplify team collaboration.”

Racing Point get around the problems of loading times by using the Nvidia Quadro vDWS, that’s next to the workstation with a fast interconnect.

“As a result, users can get the best level of collaboration without being impacted by server network latency for loading and saving models,” says Peters.

With engineers now able to access data, make changes to complex 3D models and more wherever they are in the world, the change is hoped to make Racing Point a podium regular in the 2020 season.