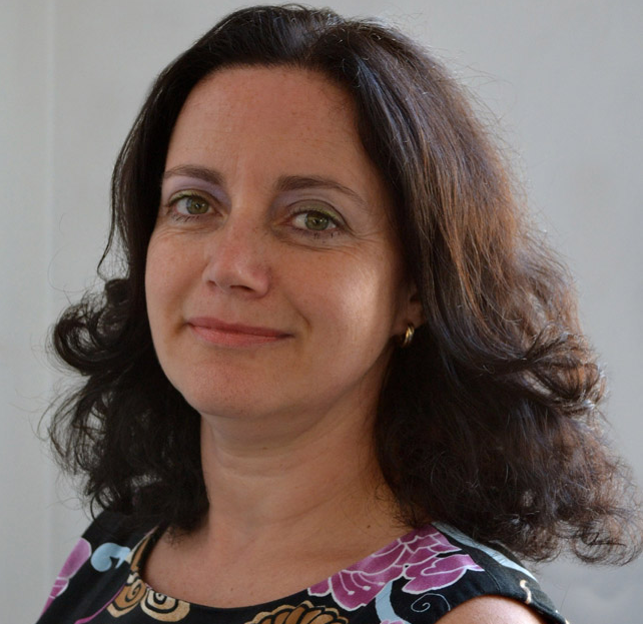 AB5 Consulting – Whether you’re still in education or a few rungs up the career ladder, we could all do with inspiration to show us what is achievable and to gain an insight into what others are doing in the field.

This month our role model is Betty Bonnardel-Azzarelli, who qualified as a space scientist and has since diversified into other high tech industries.

Following a childhood fascination with space, Betty Bonnardel-Azzarelli went on to gain not one but two masters degrees in space engineering. Then, having worked as a space scientist for a number of years, her career diversified into the nuclear industry.

With a further qualification in the form of an MBA from The Open University, she set up her own London-based consultancy, AB5 Consulting, which develops solutions for the high technology sectors, including satellite, telecommunications, transport and nuclear.

Space has always fascinated me and, while astronomy and astrophysics attracted me at first, I soon realised that I had more of an inclination towards building rockets and satellites.

What was your first job after all your studying?

I graduated with a thesis on the computational fluid dynamics (CFD) model of a scramjet intake, an engine producing high thrust at hypersonic speed. At Mach 12, this engine is 12 times the speed of sound and would enable you to go around the world in 90 minutes!

As a systems engineer, looking at technical challenges with a holistic approach, my first job was in fact on the space segment and payload management of earth observation satellites. My role was to ensure that the space segment designed by industry was compliant with the user requirements.

Your career path took a sideways move into the nuclear sector. Why?

After a few years of working in the space and defence sectors, an opportunity came up to work on the nuclear fuel cycle, and in particular on the transport of nuclear and radioactive materials. It’s a system that, in so many ways, is similar to the space system: the same fundamental sciences, models and technologies including mechanical, thermal, electrical, material… they are just adapted to a different sector of industry.

There are many similarities between nuclear and space, which are now being increasingly recognised. What is a typical week like for you now running a consultancy?

My week is very varied and two weeks are never the same. AB5 Consulting currently runs contracts with several organisations including satellite operators, the European Space Agency and businesses in the nuclear sector. During each week, our staff work on the delivery of projects and studies, with the support of external experts. I travel almost every week to represent clients at meetings such as the International Telecommunications Union (ITU), speak at conferences or meet with clients.

I am also very much involved in the promotion of STEM to girls and women; I draft answers to consultations, develop strategies, attend panels and school fairs.

What is your view on diversity and gender imbalance in the sectors you work in?

In technical jobs, the gender imbalance is huge, with female engineers representing less than nine per cent of UK engineers. It really feels like nothing has improved since I graduated. However, diversity and gender divide is becoming increasingly recognised as important topics that need to be addressed in order to improve each sector’s success. We all need to build on this momentum in order to make a sustainable change in society. There are already many role models and fantastic women who can really bring a difference to organisations, and they should be encouraged to contribute at all levels.

We also all need to work towards attracting more girls into studying STEM subjects and going to work in STEM related jobs.

But it is not only about women engaging with girls, it is also about men being allies and themselves encouraging more girls into STEM. They need to actively promote diversity and gender balance and be role models too in that respect.

What advice do you give to girls who show an interest in following a career in STEM?

I tell them to get into the experience because there is so much to it; engineering is about problem solving with technical solutions, which will make people’s lives easier and support a sustainable environment. STEM topics, especially space and nuclear, are also all about team work and international activities.

Do you think the interest in rocket launches, like the recent Falcon Heavy, will inspire young people into engineering?

I actually watched the Falcon Heavy launch live while at a girls’ school career event to present engineering. I shared the live coverage with the girls who came to my table. It is certainly a very exciting time for the space sector!

And, although I do hope space exploration will inspire the younger generations as much as it inspired me, I would like girls and women to also consider being an astronaut. It is not right that in the last call from the European Space Agency, less than ten per cent of applicants were women.

Lastly, if you were hosting a dinner party who would you invite and why?

My dream dinner party would include Marie Skłodowska Curie, a pioneer in radioactivity, Dame Stephanie Shirley, a British IT pioneer and successful business woman, and Helen Sharman, the first British astronaut.