The Californian backpack manufacturer said Unltd is the result of two years of experimentation led by Osprey’s innovation team and its director Mike Pfotenhauer, in which they employed Carbon’s technology to produce the pack’s 3D-printed lumbar.

“Osprey Unltd is the manifestation of Osprey’s approach to innovation,” said VP of marketing at Osprey Rob BonDurant.

“In developing Osprey Unltd, we removed the shackles of commercialisation and production schedules to move beyond traditional manufacturing technologies ushering in a new era of backpack design and the ultimate backpacking experience.” 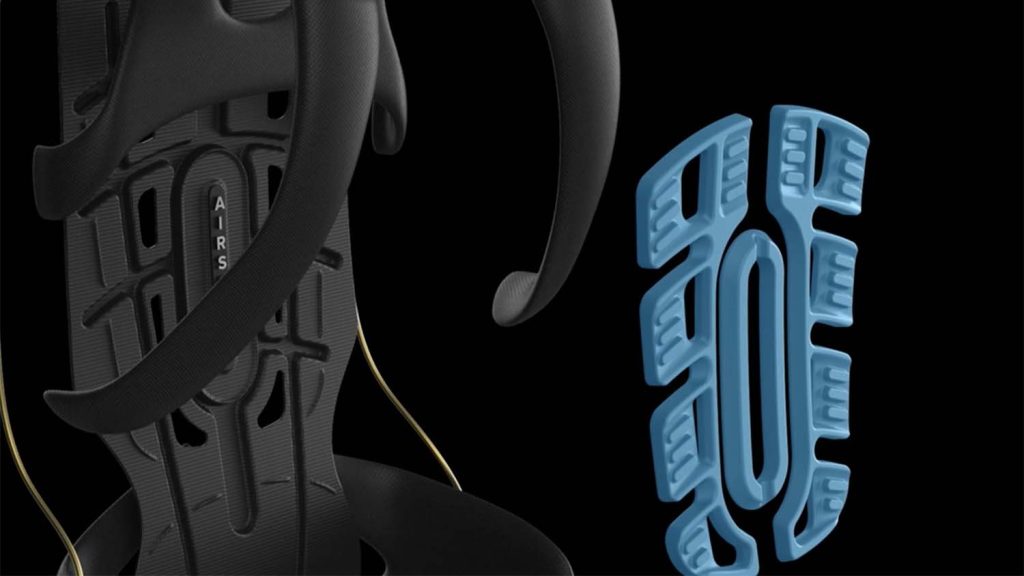 “Traditional manufacturing methods teach us that in order to push the boundaries of innovation, product development timelines need to be extended. The development of Osprey Unltd proved the exact opposite,” said Phil DeSimone, chief product and business development officer at Carbon.

“The entire process using Carbon DLS took about one year with only six months for us to iterate on the design, enabling Osprey to take this innovative product to market faster.”

In addition to the 3D-printed lumbar, Osprey Unltd also features an autolift system that should contribute to distributing the load and a fit-on-the-fly hip belt with a silicone grip that should prevent load slippage.

The backpack, made of innovative materials including a double rip 210D fabric with ultra-high molecular weight polyethene, also features a raincoat made from nylon ripstop and a cover with lockable zippers designed to shield and secure the pack during travel.

Produced in two styles, Osprey Unltd AirScape 68 and Osprey Unltd Anti-Gravity 64, both available in men’s and women’s versions, the pack has a RPR of £650.